We are just a few weeks into the “terrible twos” and let me tell you, friends, one of us isn’t going to make it to three. If I were you, I’d put my money on the little one.

I used to think the term “terrible two” was a gross exaggeration. Simply put, this was a term created by someone who liked alliteration and innocently wanted a funny phrase for the little ups and downs of their child’s second year of life. Come on, I already had a two year old, and we sailed through that year pretty much unscathed. Sure there were some rough patches, but all in all, two was a good year with my boy.

But those of us who mock, roll our eyes, and refuse to heed the warnings of other mothers will get a swift kick in the uterus from Mommy Karma, a testy and unforgiving biotch.

Some of the confusion may have been in the name “terrible twos.” Let me offer some more descriptive and effective terms for this stage of life. How about “Dear-God-why-is-she-screaming-again-I-think-the-windows-are-going-to-burst two. Or “Don’t-make-eye-contact-just-give-her-whatever-the-hell-she-wants-and-run two.” No? How about “If-my-husband-thinks-I-am-having-another-baby-anytime-soon-he-is-as-crazy-as-this-child-that –has-thrown-herself-on-the-floor-and-is-losing-her-shizz-right-now two”.

Every morning I hear the same little voice calling for me from her crib, “Mommy, where are you?” But I never know who I am going to get when I pop my head into her room. Sweet Mimi, sleepy Mimi, silly Mimi, grumpy Mimi, shepard for the devil Mimi. Even if you get one Mimi out of bed, there is no telling who she will be when you get downstairs. When her dad says good morning to her, any of the following can happen:

I’m exhausted and the magic light that is the age of three is so far away. I’m assuming that when she wakes up on her third birthday (in 345 days) she will be normal again, right? RIGHT?

You never know when and where she will unleash the terrible. A few days ago while at the beach, Monkey was catching a few waves with his boogie board. Mimi marched down to the water and morphed into an out of control screaming banshee. She was in full on major meltdown and I tried everything in my mommy bag of tricks—snacks, drinks, toys, a million dollars—just please stop screaming. I tried to give her another boogie board– she didn’t want it. I traded with Monkey and tried to give her his board–she didn’t want it. Turns out, she didn’t want to “boogie”; she was mad that her brother was having fun, and she, apparently being a part of the fun police, needed to put a stop to his fun.

Is there a terrible two rehab facility? Somewhere where Dr. Drew sits down with two year olds and talks them through these trying times. Now that would make an interesting reality show. Maybe this is a two part therapy and the mommies attend some sort of spa to relieve our tension or receive a lobotomy, whichever is needed most. If this sort of place doesn’t exist, I am creating one today.

Who’s coming with me?

(This post originally ran on Questionable Choices in Parenting)

About Amanda: Amanda Mushro is a mommy of two who blogs at Questionable Choices in Parenting. Sometimes she thinks she is doing a great job as a mom, but then she does something that really makes her question her own parenting abilities. Find her on Twitter @QuestionableCIP and Facebook. 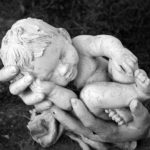 The Death of a Stranger’s Baby Hit Me Irrationally Hard 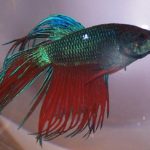 How Other Parents Almost Ruined it for Me