I have listened to a morning radio show: “Rover’s Morning Glory” coming from Cleveland, almost daily for 6 years. After a while you can’t help but feel like you know the cast, as they put their lives and innermost thoughts out there for everyone to see and hear. I’ve been led vicariously through rotating girlfriends, the heartbreaking trial and error of the female of the show going through IVF to crying when she found out she was pregnant (the same week I did), and being excited when she went into labor on the show.

I’ve been led through their on air divorces, hook-ups, freakouts, rages, laughter, and sadness. And then, an event that happened on November 10, 2014, to a former producer’s family has left me irrationally devastated. This man had just left the show in Cleveland to pursue another job in Tampa. He took his girlfriend, their son, and her newborn baby  with him in search of a new life together.

Monday evening, the mother and two children were jaywalking across a busy street and successfully crossed 5 lanes, but was hit on the last. She was pushing her infant in a stroller, and holding her 5 year old boy’s hand when they were all three struck at a bone chilling 40 mph.

Can you imagine? The scenes from the accident showed a stroller in pieces, a teddy bear, and some blood on the ground. The children were lifeflighted and they and the mom were all in critical condition. The boy has lumbar fractures, cuts and bruises, the mom’s condition has not been released, but the baby girl, just 6 weeks old, was put on life support, and was declared brain dead on Tuesday, and died Wednesday.

I did not know these people, other than sordid stories from the show. I knew their names, but wouldn’t know them if they passed me by on the street. I “followed” the producer on Twitter, and he “favorited” one of my tweets once, but we didn’t have a relationship.

I am haunted by this accident. As a mother of a teenager and two 4 year olds, I keep having thoughts, and dreams of this happening to me. I keep wondering what the mother is thinking as she is laying in her hospital bed, blaming herself for the death of her newborn.

Was she conscious right after the accident? No one is saying if any of them were, but I keep picturing screams and wails, and the mom seeing her babies hurt. I picture her crawling towards them in pain, calling for help. I picture the little boy scared and in pain not understanding what happened.

I can’t stop thinking about it. How much that had to have hurt to be hit at 40 mph. I feel for the 63 year old woman who hit them. She was just coming home from grocery shopping when out of nowhere these three are in her lane.

So many questions. So many awful people on the internet judging her and demonizing her for not using a crosswalk, as if that’s a guarantee to not be hit by a car.

For a few days after hearing the story, I was a weepy mess. My husband doesn’t understand, and he thinks I’m crazy because I didn’t know them. I don’t have to know someone to imagine their pain.

I have to be careful to not let it consume me. My 4 year olds were in the bathtub yesterday, and as they were splashing and playing, I suddenly wondered what I would do if they slipped and hit their heads and died, or drowned. I was right there, but it could happen.

They could have choked on chicken nuggets, fallen down the stairs and broken their necks, jabbed a crayon into their eye… my scary imagination list is endless.

It took a stranger’s tragedy for me to look at my own life, and how precious my family truly is, and how easily it can be snatched away.

It made me hold on to my kids so tight that one said I was going to make him barf. The other wondered why I needed to kiss him so much, and said that I can stop now.

I’m not sure how long these feelings will last. I can’t hold on to them all the time; they need to move about and grow without my eyes on them every second. But for now, I need to watch, and check, and kiss, and enjoy the time I have with them now. 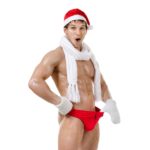 Guess What Came Under MY Christmas Tree 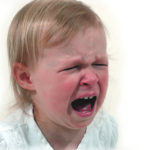