Who in the world would name a child, a teeny tiny baby, Ignota? My great grandparents, that’s who.

I don’t know how old my weird grandma Ignota was when she started going by “Iggy” and later “Note,” but she was always old. She never changed. She had the same blue/gray hair (occasionally it had a purplish tint), the same screwed up, wrinkly expression, the same nauseating Avon stench and the same polyester hausfrau look as the first day I laid eyes on her and the last time I ever saw her.

It was as if she’d been pickled in formaldehyde – dehydrated, wrinkled and blanched.

It wasn’t until I was much older and she had long been dead that I saw a photo of her when she was a young, unmarried woman. She was already seeing my grandfather, Burdette (yep, that’s right, Ignota and Burdette – a match made in hell), and she already looked sad. It was the only time I’d seen her young. She had dark hair, styled in a 1920s Flapper cut, what they called an “emboldened bob” cut really short around her face.

She had a gypsy or Italian look about her (most likely from the Native American blood that ran through her). The woman in the photo was someone I never knew. Completely foreign to me.

That must have been the last time she wore her hair short and sassy. My grandfather forbid her to cut it and so for many years, she let it grow long and scraggly, rolling it into a gray knot that hung on the back of her head.

I don’t know which of them beat the other to being the top asshole, because by most family accounts, they both qualified.

A recovering alcoholic and former chain smoker, my grandfather always had a husky, rough demeanor. The two found religion at some point in their union and then it just got friggin’ weirder.

My grandmother seized any chance to berate my mother, her daughter-in-law, for wearing lipstick while she smeared giant, bright red rouge circles on each cheek. Rouge was approved by God, apparently essential; whereas lipstick was forbidden, making females into harlots. There was no rhyme or reason to her concocted, nonsensical beliefs.

They were like that, always talking about religion and God’s love but never exhibiting even a rare kindness. But god-talk, they were good at it. They mumbled Bible verses, recited preachings and rarely had time for anything or anyone but church and more church.

Not shockingly, my sister and I never connected with either of them. One Christmas when I was about 13 and my sister 16, my grandmother knit us crocheted dolls that seconded as toilet paper covers. We were teenagers, no longer into dolls and certainly not into anything remotely domestic, least of all, toilet paper.

At the time, we figured everyone had weird grandparents and as it turned out, lots of our friends did. Not sure how that works but it always seems like one set of grandparents is just straight off the oddball truck, making life a nightmare at times but later providing lots of fodder for family gatherings.

And yet, how is it possible not to have any fond memories of your grandparents? I’ve rooted around a lot of years trying to dig up something good on Ignota, my female ancestor. I came up with two:

1) She birthed my very kind dad who departed this planet much too early while she and my grandfather lingered longer than necessary.
2) She went to college in her late 40s, graduated and taught grade school for quite a few years. That’s something, I guess. They say she was a good teacher. I’ll give her that. If only I could give her more.

But honestly, the most memorable thing about my grandmother Ignota: she was always old, just like she had been pickled in formaldehyde – like a bitter specimen trapped in a Mason jar. 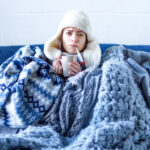 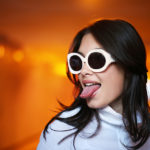