Let me get straight to the point.  I hate pap smears. Like, a lot. If given a choice between enduring a pap smear right now or jumping off a cliff using only a pillowcase as my parachute… I gotta tell you, it’s a tough call for me to make. It will come as no surprise to anyone that I have often lived through several years in a row without having one of those dreaded exams. I know that’s breaking one of the Golden Rules For Being A Girl. It’s listed somewhere between “Thou shalt not weareth plaid with polka dots” and “Thou shalt not sweareth like a fucking sailor,” both of which I have broken at one time or another.

I live on the edge.

That being said, living on the edge sometimes comes with unintended – and avoidable – consequences. Like when my younger daughter, Destruction, was seven weeks old. I went in for my postpartum checkup a little later than normal because I had some additional healing to do after a rough birth.

(I didn’t name my kid “Destruction” for nothing. She damn near ripped me in two on her way out the door, leaving a fourth-degree tear in her wake.)

Everything seemed fine at my appointment, so I wasn’t expecting the phone call that came the next day. My doctor requested that I return to her office for additional tests because there were irregularities in my pap smear.

After I went back for further pinches and prods, tiny pieces of me were taken away and sent to a laboratory for examination. The printed report stated that I had a “malignant neoplasm of cervix uteri.” Cancer. My first instinct was to call the Ghostbusters to take care of the neoplasm problem, but instead, I was scheduled for a minor surgical procedure done under general anesthesia: a D&C and a cold knife cone biopsy, which is cone-shaped portion of tissue that is cut from the cervix to see how deep the cancer cells go. In a lot of cases, if it’s caught early enough, the cancer can be cut out entirely through that procedure alone. That’s what anyone in my situation would hope for.

Immediately following the surgery, I started bracing myself for things to get a hell of a lot worse when my husband visited me in the recovery room and told me that my doctor couldn’t get a proper specimen because my cervix fell apart. It literally crumbled beneath her scalpel like the world’s grossest cookie. She sent what she could to the lab, but she had no doubt that the cancer was invasive and it was already far beyond the point where she was able to help me.

We came home to deliver the news to my parents, my father-in-law, and my stepmother-in-law, who were all waiting together in our living room, babysitting our two kids. There was crying involved, and then a discussion about plans for our older daughter, Doom, whose third birthday fell during that same week. Day-to-day life still had to go on.

I was given an appointment with a gynecologic oncologist. After many tests and examinations, a medical whirlwind that lasted six very hectic days, I received an official diagnosis of stage 1B1 cervical cancer. I had to choose between two options: radiation with low-dose chemotherapy, or a radical hysterectomy with pelvic lymphadenectomy and lymph dissection.

Radical hysterectomy and lymphadenectomy is an extensive surgery, one that involves the removal of the cervix, the upper 1/3 of the deep vagina (one to two inches that lie closest to the cervix), the uterus, all of the tissue and ligaments that surround it, and possibly the ovaries if it is found to be necessary. The surgery also removes the surrounding lymph nodes, where they are taken for dissection to see if cancer has spread to the lymphatic system. Surgery can require a follow-up of radiation treatment if cutting everything out isn’t enough.

As much as I dreaded having major surgery, I wanted to avoid radiation if I could. You see, radiation is a one-shot deal; if it doesn’t work, there is no doing it a second time because of the damage it does to the organs within the pelvic cavity. It comes with some pretty heinous long-term side effects, too. Radiation therapy can create scar tissue all over the vaginal wall, shortening and tightening your Cavern Of Womanly Delights like it’s made from Shrinky Dinks.

If radiation fails or cancer recurs some time after radiation treatment has ended, the next step is pelvic exenteration – the removal of the uterus, vagina, lower colon, rectum, and/or bladder depending on the extent of the cancer.

Yeah. Let that sink in for just a moment. It’s some pretty life-altering shit.

In mid-August of 2005, just one week after my diagnosis, I underwent the radical hysterectomy because it seemed to be the lesser of two evils. I have the foggiest, highly-medicated recollection of being told that my margins were clear, which means that every cancerous part that had been removed also had a normal, cancer-free margin of tissue surrounding it. As for my later-dissected lymph nodes, mercifully none of them had cancerous cells present.

I was “cured.” I still had to make it through five years without recurrence to be considered cured-cured, but at that moment, I was cancer-free.

I began to question my decision because I was in so much pain. It was indescribable, and that’s saying a lot because I’m no pussy. I was positive that I had made a huge mistake, that radiation and chemo could not have been nearly as bad as what I was going through.

They make you get up and walk, even if it’s just a few steps, on that first day following surgery, and it hurts like a motherfucker. Although it sounds counterintuitive – your only instinct is to remain very still until you’ve recovered completely – walking is an important part of the healing process. I made my necessary rounds every day, beginning with very short distances, and with time, longer ones would take me on a journey throughout the entire cancer ward, wearing my favorite fleece robe and slipper socks from home, with an IV pole wheeling along beside me. I felt like a marathoner. As I’d shuffle through the main hallway, nurses and staff on the sidelines would smile and say encouraging things to me, cheering me along to the finish line.

On day seven, I went home. Due to nerve damage, my bladder wasn’t working properly but I refused to remain tethered to a bag of my own lukewarm piss. Oh, hell no. I was taught how to self-catheterize (which is surprisingly easy, I might add) and did so every four hours into a metered container so I could log the amount in a journal. My bladder function made a very slow return but after a few weeks, I could pee all by myself again – just like a big girl! That was an exciting day, indeed.

I was allowed to do very little, aside from watching everyone do everything for me. If you’re a mom too, you can understand how difficult that was. We always joke about how wonderful it would be to have someone wait on us hand and foot while we do nothing but watch soap operas and eat bonbons all day, but when it’s forced – when you literally cannot do much of anything – it changes your perspective.

Destruction was just shy of four months old when I came home; she was six months old when I had finally healed enough to lift her up by myself and take care of her. During my long recovery, someone had to gently place her onto my lap whenever I wanted to hold her. If she cried and needed to be changed or rocked, I had to hand her over to someone who was capable of doing those things. Destruction was my last baby and I couldn’t even hold her against my chest to cradle her because it would put too much stress on my hollowed-out insides. Breastfeeding had ended abruptly after my first surgical biopsy when she was just nine weeks old. There are many precious times during her infancy that I missed out on.

There were other far-reaching repercussions. Sex was a horrifying idea that, about three months later, became a very slow exercise in trepidation. It was like losing my virginity all over again – every time. Orgasms were nonexistent because I just couldn’t relax enough to let it happen. My husband was afraid of hurting me. I was afraid of my husband hurting me. For the first year, I always sat in the driver’s seat because it offered the most control and even so, no matter how careful I was, I would ache internally for days afterward. It took about two years for things to get back to mostly-normal.

I passed my 15th Cancerfreeaversary™ in August, 2020. I haven’t had a period in over a decade, which is a well-deserved consolation prize as far as I’m concerned. Sex is fucking awesome now and my well-woman exams only occur at three-year intervals. I don’t have any cervical tissue left because the shortened vaginal walls were sewn together at the end like a soggy gym sock. They still gather a scraping of cells from the general area as a precaution, though. It causes an uncomfortable stinging sensation I don’t look forward to but you can be damned sure I get it done on schedule.

How does that saying go? Oh, I remember it now: “If you can’t be an example to others, be a warning.” I consider myself lucky. If I hadn’t gotten pregnant in 2004 and given birth the following year, how much farther would the cancer have progressed before it was found? I might not be here today. I owe my life to Destruction. I don’t know if she will ever fully understand what that means.

This post isn’t meant to be a lecture. Wait… you know what? Yes it is, and I hope it scares the hell out of you. Think of it as a not-so-gentle reminder from one woman to another. Keep up on that shit, will you? Time flies by so damned quickly when you’re busy taking care of your family; it’s easy to forget that you need to take care of yourself, too. 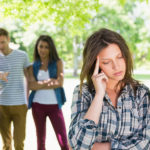 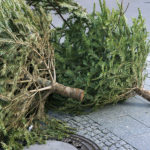