My son has three sisters. He is also a triplet, which means that two of his sisters are exactly his age.

He mentions on a regular basis how he wishes he had a brother; someone who shares his desire to turn everything into a weapon of mass destruction. His sisters do their best to accommodate some of his male rough and tumble needs, but sometimes they just don’t want to be thrown down to the ground with a light saber in a game of Luke Skywalker versus the Rebel Forces.

Before I had my son, I didn’t have a clue about raising boys. Growing up, I had one sister and most of my days of our summers were spent with my mom, sister and girlfriends playing mermaids or performing our own version of synchronized swimming at the local pool.

My son has never been apart from female companionship in his entire six years of life. He spends 24 hours a day, 7 days a week with his sisters. He even shared a womb with two of them.

Here are the top 6 reasons why having three sisters is giving him important life skills:

1. Appreciating Femininity: My son learned early on to appreciate things like beautiful jewelry and dresses. When he was little he would put on princess dresses because his sisters liked to do that and he didn’t want to be left out. Now, when he sees a pair of earrings on my nightstand, he regularly tells me how pretty they are. When I wear a fancy dress for a night out on the town, he admires my extra effort and often asks me when I will wear my “beautiful pink dress” again. I have even witnessed him picking out dresses that he finds attractive for his sisters to wear.

He will know exactly what to say when his wife is wearing a new dress that she isn’t sure about. My boy will know just what to say to make her feel beautiful because he grew up with three sisters.

2. Drama Queens: There is a heavy dose of drama in our house and as the only boy-child, he has grown quite tolerant of it. He knows how to navigate through girl bullshit, like “you aren’t being nice to me today” or “she looked at me the wrong way.” My boy can now dish out his own drama to compete with his sisters, but at the end of the day he is a boy who would just like a good yell or fist fight and move on.

The theatrical overload he experiences as a child will certainly help him with the inevitable drama that he will listen to as a partner. He will be better able to offer a sympathetic ear or just not take it too seriously, as he will surely be immune to it by then.

3. Compromise: My son is forced to watch princess television shows when he would much rather be watching Ninjago or Spiderman. Oftentimes I even catch him raptured by such “girl” shows as Tinkerbell or episodes of My Little Pony.

This will properly prepare him for the times when his wife wants to watch The Notebook or Titanic, even though he really had his heart set on watching Transformers or Terminator. A successful relationship is all about good compromise.


4. Conflict Resolution: Boys like to resolve problems by wrestling or “accidentally” throwing balls really hard at somebody. Two minutes later, boys are completely over the problem. Girls will put a dagger through your heart with words and then hold grudges for days. My son has developed a healthy combination of both male and female resolution tactics in conflict situations.

This combination of male physicality blended with the female communication style will help him in the workplace when he finds himself dealing with both genders.

5. Empathy: One of the most important qualities that his sisters have gifted my son is empathy. As we all know, sometimes men just don’t get what women are feeling. Sometimes they can’t relate to our emotions. Often they just don’t know how to communicate with us. My son will be far better-equipped than your average man when it comes to understanding women.

6. Respect: It’s a simple request from all the ladies in the house – CLOSE THE TOILET SEAT LIDS! No woman wants to wander into the bathroom in the middle of the night to tinkle and end up with their ass in the toilet water. My son knows in a house full of women that it is completely unacceptable to leave the toilet seats up. It doesn’t happen. And if it does, his sisters will let him know about it.

Over the years, my boy has learned from his sisters that it’s okay to wear nail polish and still be a boy. It is okay if he wants to play “house” with them and their dolls. His older sister would giggle when he wore princess garb, but he was okay with that.

You may be reading this and feeling like you want to adopt this poor boy of mine and put him in your home full of testosterone and manly shenanigans. Your impression may be that this child is always in front of Princess Diaries all day, wearing princess dresses touting pink nail polish while his sisters verbally torture him with their drama. I am here to tell you that the women in this house cherish this boy and all of his masculine ways. And he is learning about the world through a feminine lens as well.

He will be a wonderful husband for some lucky lady one day many years from now. But she will have to go through me first.

Megan Woolsey is the author of the blog The Hip Mothership. When Megan is not raising her four children (including triplets) or blogging, she likes to take long walks, practice hot yoga, obsess about travel, cook, wine and dine with friends, and spend as much time as possible in the sun (wearing sunscreen of course). Her dream career is travel writing. Connect with Megan on Facebook Twitter and Pinterest. 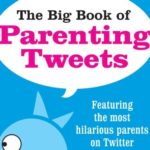 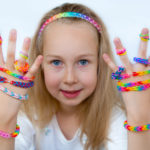 8 Ways The Loom Bands Fuck Up My Life