This week Starbucks debuted their new holiday cup design, and in doing so, unknowingly entered themselves in the competition for 2015’s Stupidest Thing To Be Offended By. The coffee giant, who is known for their festive holiday cup designs, took a different route this year, opting for a subtle ombrè red cup that bears their logo as the only decoration. While the majority of adults who can afford to spend an hour’s wage on a cup of coffee failed to even notice this change, a select few have taken big issue with it, claiming the move is an attack on Christianity.

I’ll give you a minute to choke down that last sip of Eggnog Latte, because Lord knows you paid enough for it.

Yep, these adults are complaining about the color of the cup their drink comes in, like a bunch of spoiled toddlers. For however much listening to my own two-year-old whine about how I gave her the green cup instead of the pink cup drives me bonkers, reading about this nonsense makes my blood boil. It’s a fucking disposable coffee cup, not a menu option to have someone smear shit on your grandmother’s bible, and then burn it while chanting Satanic verses (that’s a thing, right?).

As far as what Starbucks has to say about their alleged “attack,” they claim in a statement, “Starbucks has become a place of sanctuary during the holidays. We’re embracing the simplicity and the quietness of it. It’s [a] more open way to usher in the holiday.”

I’ve read enough of the DiVinci Code to understand there are hidden messages planted all around us, but that statement doesn’t exactly read like a war decree. I’m going to go out on a limb here, because I don’t know a whole lot about Christianity, but say instead that this statement seems a lot like what Jesus would do. Being open and accepting of others? That was kind of His jam. Being non-judgmental and thankful? Right up His alley. Being non-boastful and embracing simplicity? Seems about right. But throwing a hissy fit because you didn’t get the cup you wanted? Not so much.

With so much real religious based turmoil going on around the world, it sickens me to think people are choosing to flag this as a “war on Christianity.” No blood is going to be shed because of the design (or lack thereof) on a Starbucks cup. Nobody is going to be raised an orphan because Starbucks opted for ombrè instead of an ornament. Christmas has absolutely nothing to do with decorations on a disposable cup, and everything to do with being thankful, peaceful, and joyful. So zip your lip, weenie whiners. I’d like to enjoy my Peppermint Mocha in peace.

About the author: Emily Ramirez is a SAHM to a toddler who is probably naked and peeing on the rug. She chronicles her (mis)adventures in the parenting world on her humor blog, Hold Me, Don’t Hold Me. She can also be found on Facebook and Twitter. 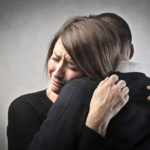 My Friend Dumped Me 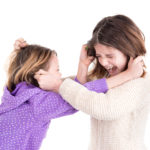 Your Conflicting Parenting Styles are Wrecking Your Children