So you and this guy get married. In the early days you think “we are so compatible and hardly disagree on anything, aren’t we perfect?”

You spend time with friends who have already have kids and watch them struggle with their squalling toddlers and judge them. “Oh we would never hiss at each other through clenched teeth like that when we have kids”.

You have your first baby and you are both so tired and awash in puke and crap diapers that if you did disagree on some small trifle to do with the care of your little dictator, you don’t really remember anyway.

Then, the children begin to speak, which is the exact moment they learn to manipulate you and your hapless dude.

Shit starts to happen and you and the Dad guy start to show your parenting biases.

You are now entering that terrible reality where it dawns on you that you have married somebody who is a fully unqualified parent. Ironically, he is thinking the same about you.

When junior sits at the table refusing to eat his vegetables, you think hugs and cuddles will cure him of his obstinate behaviour. Your husband thinks a sharp smack to the side of the head is what the boy needs.

He lets them have ice cream before supper, you enforce time outs. You hiss at each other through clenched teeth at restaurants while you dig a French fry out of little Smedley’s ear.  You try not to make a scene as you catch Dad’s hand in midair as he comes in for a hard cuff on the boy, and things can still go down hill from there.

You are now living in the “Parenting Gap”.

It is that place where you two aren’t singing from the same song sheet and there are days you aren’t even at the same concert.  So while you are both busy digging your battle trenches deeper, your little offspring are becoming assholes that nobody likes. Write this down: “kids party in the gaps between us”

Let me explain how this works.

By nature, children are needy little survival monkeys. They watch what their adults are doing to see what they can get away with. Like little snot producing wind gusts, they flow in the gaps between you. They dance with joy that you are focusing on each other and not them.

You argue, they party.

Then, inexplicably, they start doing strange things to draw your attention to the fact that you are failing as a parent. They lie, become fussy eaters, make up allergies, bite other children or go all diva on your ass.

So what do you do? Well, actual professional experts will suggest all sorts of things, and likely involve therapy, and who has time for all that? So do this instead:

Within a short period of time, your children will notice and they will escalate their asshole behavior by ten because they won’t appreciate consistent parenting.

You stand firm, and just drink a bit more after the kids go to bed, hiss at each other some more but then shut up and carry on.

After they have poked at your resolve, tested your weak spots, and generally done everything they can to pull your apart, they will lie down under the steamroller of futility.

Then, as good parents you will leave them home with a sitter and go to a restaurant and kill a bottle of wine to celebrate your victory. 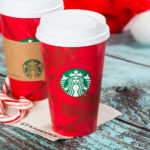 Tis The Season For War and Whining: The Great Red Cup Debate Of 2015 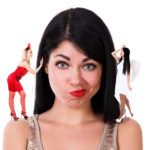 How Often do You Ring The Devil’s Doorbell?