I am Vice President of Vomit.

I believe it’s important to know one’s place in life. To manage expectations and understand who does what in any given circumstance and thereby avoid pointless faffing.

Which is why, at 3am, I find myself scooping my son’s vomit into the toilet, shielded only by some flimsy toilet roll. This is not a job for sissies, as my son is a 6ft tall rugby player currently projecting his sick across most of the bathroom wall.

It’s not his fault. Just an unfortunate bout of food poisoning that does not phase me. I have years of vomit control under my belt. Although I may need a stepladder for this one.

My partner sleeps peacefully in the next room, offering no assistance despite our son’s thunderous retching, and the fact I left the door wide open, and several lights on.

When I was little I used to dream of becoming Alexis Colby on the deliciously decadent tv soap opera that was, Dynasty. Alexis was the super rich power bitch who had the world at her feet.

I have a pile of sick and a partner who snores through it every time.

I was naive. I got married assuming that parental responsibilities would be evenly split and my academic qualifications would be respected. Years later, I crown myself the princess of puke and only one capable (apparently) of clearing up after kids.

I have plucked poo out of the bath, hand-washed diarrhea from pants and simultaneously caught chunder in my bare hands and thrown it out the car window to protect the new leather seats. I have wiped endless mucous from snotty noses, fought fungal infections and mopped up more pee than a school janitor.

I became the boss of bodily excretions by default, because I was the only one willing.

I am also CEO of toilet roll changing. Because I am the only person who ever does it.

Had I left the vomit to vegetate long enough my partner would surely have stepped in. Or we would have moved house.

Had I let the empty loo roll languish… no, that’s delusional, no one would have changed it.

I try not to be bitter, but it’s 4.30am by the time I settle my son and the dawn chorus is breaking while my partner slumbers on.

As Chief Commander of the empire I call home, I decide I am going to need a cup of tea, and the evasion of duties has gone on long enough.

I sniff my hands. Yep, full on sicky stink. Certain to wake an army.

Bio:
Having been written off by her doctor, Jacqueline turned her back on conventional medicine and spent 10 years rebuilding herself from serious illness with astounding results. She is author of, Rebuild Your Health Reclaim Your Life, and writes, speaks and coaches on sassy self-preservation and transformation for women. Find her at http://rebuildyourhealthreclaimyourlife.com/ and follow her on Insta @rebuild.your.health  When not writing she dances and annoys her children 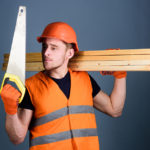 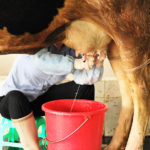