When my husband and I decided to have kids we didn’t put all that much thought into it. Because we had been drunk for ten years. But there is never anything that can prepare you for having children. You just do it and figure it out as you go along.

I’m pretty sure this is what everyone does. It’s a total crap shoot. You’re not guaranteed anything. Everyone just goes into it hoping for the best.

The day we had our first born son was so amazing. We always say he came out of my womb swinging a bat. Because he did. From the moment he was able to walk and talk all he wanted to do was play baseball. And he still does. Because he was just freaking born that way. And no one has a problem with that.

The day we had a fourth child, another son, was also an amazing day. Our little family was complete. Two sons. The bookends of the two daughters we had in between. Life was awesome.

We knew from the beginning that there was an issue with our youngest. After a year of testing, we got our answer. He was missing part of a chromosome. Getting a diagnosis was tough, but we lived through it and he’s doing awesome as a special needs student. We have good days and bad. Like every other freaking parent.

We like to say our youngest son came out twirling in a tutu. Because again, he was freaking born this way. But for some reason a lot of folks don’t believe us. People have no problem with our older son being obsessed with baseball. But our younger son being obsessed with cheerleading? We clearly had a hand in this. We must have forced him into this. We made him this way.

We did make him this way. My husband and I created him. The same way we created our other three kids. I’ll spare you the details because my brothers read this blog. But we created all of our kids the same way. With booze. And poor decision making.

When our little caboose was born, we didn’t sit down and say, “Let’s try to turn him into a girl. Wouldn’t that be funny? We’ll get looks everywhere we go and it will be embarrassing and humiliating every day of his life.”

We didn’t sit down and have that conversation. In fact, we never sat down at all. We had four kids under the age of four. We didn’t have the time or energy to think about things like that. Our third daughter spent years dangling from that jumpy thing we hung in the doorway. Our fourth spent his entire first year in a swing that resulted in the flattest head the doctors have ever seen. There was no time to think about screwing with their gender.

I know this sounds awful. But it’s the truth. By the time our fourth came along, we were both gainfully employed. We worked full-time. And when we came home we were just too tired to screw with our kids genetic make-ups.

For those people out there that think we are insane for letting our son wear a dress every day, I have this to say. I wouldn’t wish this on my worst enemy. If I could go back to the moment the sperm hit the egg and made my son the person he is today, yes I would change it. I would make all of his chromosomes complete so that he wouldn’t have special needs. I would make him come out swinging a bat, just like his older brother, so that he was gender conforming. And not because I’m embarrassed by any of this. I just want my kids to have happiness. I don’t want to see them struggle. I want what every mom wants. I want things to be as easy as possible for him. For all my kids.

Around the age of two our baby boy started to show an interest in girl things. By the age of three he was always wanting to wear girl clothes. He was constantly trying to wear his older sister’s clothes. This didn’t sit well with the big sis. So we ended up buying him his very own dresses and skirts and leggings. Now that he’s four he wears his fabulous outfits to school every day. Sometimes changing again when he gets home into even more fab attire.

At the beginning we were hesitant. We said things like, “You’re a boy and boys don’t wear dresses. Be a man! Stop being such a little sissy!” You know, the normal things you say to a toddler questioning their gender role. But we soon learned his love for all things fancy wasn’t going away.

We could either accept him the way he is or we could make his life and our lives miserable. We CHOSE to accept him for who he is. He did not CHOOSE to be this way. I’ve tried for so long to remember the exact day I chose to be a heterosexual female. For the life of me I can’t remember it. Because it never happened! EVER. I was born this way.

The last four years have brought us so much happiness. It has also brought us so much more than we feel we can handle at times. Every day is not a freaking Pride Parade. Hey kids grab the rainbow flag and let’s go march around the block. Be loud, be proud!

When we look at our little boy, we see him for what he is. He’s funny. He’s so loving. He tells me I’m the prettiest mommy ever, every single day. And he’s right. I am the prettiest mommy. EVER. His laugh is contagious. He’s an amazing Irish dancer and talented cheerleader. We just don’t see what other people see. We see the person he is. Not the clothes he is wearing.

Our other kids see the same thing. They see their baby brother. When another kid asks why he looks different, our other kids don’t know what they’re talking about. When other kids ask why their little bro is wearing a pink polka dot bikini, our other kids get a look on their face like what do you mean? That’s just what he wears. It ain’t no thang to them. And it’s spreading.

Each summer things get a little easier. Our neighbors, our community. They get to know us and our son and then they realize we’re just another family. Just going along. Just doing what we do. Trying to have fun. Trying to live life. Just trying.

I understand the looks. I understand the questions. It’s different. Our son does not conform to society’s gender roles. I get it. But what I don’t get is hate. I don’t get the blame. I challenge any person to walk a day in my shoes. Just walk one freaking day in my shoes. Anyone who questions the way we let our kids live their lives, just be thankful you haven’t had to make the same decisions we have. This is not an easy life and not one we would have ever chosen. But it is a life we accept.

Our son was born to change the world. He has taught us more in his four years than many people will learn in a lifetime. There is something just so special about him. He was given to us for a reason. He has given us so much hope for the future.

Normally at night, my husband and I end up laying in bed with our little guy. Because at the end of the day he is still our baby. It’s the best part of my day. He talks to us and tells us everything he’s feeling. He’s totally oblivious to the way strangers may view him. I want to keep him there in my bed forever and hold him. I want to protect him from the outside world. From the looks he gets from adults at the grocery store. Some day he won’t be so innocent. He’ll realize that not everyone is so accepting. I pray we have equipped him with the right skills to cope.

One thing I know for sure is we have already surrounded him with the greatest group of family and friends we could ever ask for. His uncle brought him to the store for his birthday and bought him a dress. The way his little brown eyes lit up when he told us that his uncle let him get a dress was one of the best days of my life. He will always remember that and always know how loved and accepted he is by the people in his life that really matter.

We have also been blessed with amazing teachers. Our little guy has true role models to look up to every single day. His favorite male teacher compliments his wardrobe choice everyday. The first thing our son said when he opened the Frozen scooter his grandma bought him was, “I can’t wait to tell my teacher about this.”

And for any parent out there that doesn’t want their kid playing with our kid because he wears a dress? Joke’s on you. We decided a long time ago that our kids weren’t allowed to play with kids who have closed-minded parents. We’d much rather raise a genderwhatever special needs child than an asshole.

And I’m too much of a lady to tell you what I really think. Wink.

(This post originally ran on No Wire Hangers, Ever.)

Eileen O’Connor No Wire Hangers, Ever

I am an unemployed, orphaned-wife-mother-woman, who has decided to put into words all of the stuff that goes on in my head.

I live on the south side of Chicago (the murder capital of the universe) with my husband, Beau, and our four kids. I am a former teacher and school counselor for the great Chicago Public School System. My position was cut after ten years. But it brings me great joy to know that the public school children of Chicago no longer need counseling. Apparently I did my job too well. Wink.

My hobbies include making my life look perfect on Facebook, day drinking, poor decision making, and napping. Not necessarily in that order.

Mommie Dearest was a favorite movie of my mom’s. I can remember my mom telling me that we watched the movie together and went shopping in downtown Chicago the next day. I happened to have a black eye at the time and I insisted on calling her Mommie Dearest everywhere we went. She was mortified. I always thought that story was hilarious, until I had kids of my own. 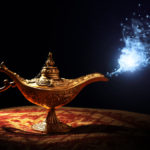 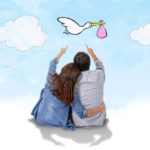