Can somebody please enlighten me as to why white briefs exist at all? I mean, have the manufacturers never done laundry in their lives? When they are choosing fabrics for their boys’ and men’s underwear spring line, what goes on in their minds? “Oh, let’s buy white cotton to make ugly briefs that will become transparent in three washes! What could possibly go wrong?”

There, I said it.

I will admit some bias as I am the laundry fairy at our house. I banned white underwear 20 years ago, and I am damned glad I did. If you don’t know why I am so voraciously opposed, then you have never done laundry with male undergarments in them. I will leave it at that.

And have you ever noticed that when the movie and TV industry is filming low life redneck drunks, plotting serial killers or that guy that is about to get whacked while he is peeing, they are always wearing white briefs? There is a reason for that you know. If the character is bad, or is going to have something bad happen to him, he is in tighty whities. True story.

I am still trying to unsee the sequence at the beginning of Breaking Bad when Walter White is running through the desert for miles in his white… cotton… briefs. They even bloody named him after his ginch. I can’t get the horror of it out of my mind… they just kept filming him from behind. I tried to look away from what I knew was going to be a major wardrobe malfunction where the camera would close in, and we would see the shadow of his ass crack.  I kept trying to watch the series by moving on to other episodes, hoping I wouldn’t ever have to see that again. And then they kept showing, flashbacks of the nasty man panties running. I never made it past episode five because of their poor costume selection.

While we are talking about underwear choices, we should discuss the fact that briefs in any colour are not sexy. Dudes have so many choices and yet they go back to what Mama put them in when they were first potty trained. “Good boy sweetie, you poo-pooed in the potty, now you get to wear big boy underwear.” Blue Stanfields are ok for the newly undiapered, but not for a grown ass man who has any hope of seeing his underpants hanging from the chandelier.

As I researched this piece, I diligently viewed literally hundreds of photos of men in underwear. (You know, to be accurate and all that.) What I found is that of all the body types out there, the buff, the slim, the Dad bod, the husky, the tiny dancer, all of them look better in ANYTHING but white briefs.

Dudes, do yourself and your partner (present or future) a favor, take your white see-through stained cotton briefs out to the back yard and take a flame thrower to them.

Ladies, I can hear you nodding at your screen. You can take control of this underwear scourge if it is happening at your house, the flame thrower is in the shed. 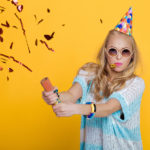 I am The Inviter 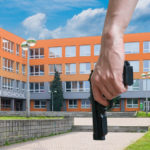