I have developed an irrational hatred of Ted Lasso. As in the uber-popular, almost universally praised TV show about a doofy guy named Ted Lasso who makes peoples’ lives better. This is what happens to a person after 10 months of COVID-19 isolation, in the waning days of the Trump administration, as Washington D.C. transforms into a Green Zone prepared for possible insurrection part 2 and the fate of our democratic norms hangs in the balance.

I have needed a fall guy for my pent-up anger. Ted Lasso had the luck of being in the wrong place at the right time.

My husband put on the first episode of Ted Lasso a few weeks ago, when we were looking to binge-watch something new. People had been talking up the show on Twitter and Facebook, including friends, relatives, and other people I admire. I was willing to give it a go. Prior to Ted Lasso, we had watched several episodes of Emily in Paris, another show people had been talking about, but one that was less universally liked. I tolerated several episodes of EIP because it showed scenes of Paris, and I miss traveling. It was also entertaining to watch the show with my husband and younger son and discuss the annoying stereotypes about Parisians, and the trope of the plucky young American winning over snotty Europeans with her spunk and can-do attitude. But I could only take it for so long. The show made me think of how much work we’ll need to do to repair Franco-American relations in a post-Trump world.

We had also recently watched a show I hadn’t heard much about, but almost instantly loved, The Derry Girls, about a young woman coming of age in northern Ireland in the 1990s during the Troubles. This show was funny, well-written, and went places I wasn’t expecting, story-wise, presenting a fresh perspective on a slice of history I never quite understood, as a young woman growing up in Minnesota. The show made me think about the positive political changes I’ve seen in my lifetime – the end of the Troubles in the late 1990s, the fall of the Berlin Wall. The show made me laugh and gave me hope.

So, back to Ted Lasso. It’s fair to say that I wanted Ted to be a Derry Girl, not a white, middle-aged, mustachioed American college football coach who falls up into a job coaching a professional soccer team in England. After enduring the eroding of women’s rights under four years of the Misogynist in Chief, I was simply not in the mood for yet another show that features a man as the central character, even if – as my 24-year-old daughter assures me – there are great female characters that have more to do in later episodes. The first episode mainly reminded me of how much I’ve grown to hate the influence U.S. professional sports has on our culture, and the toxic masculinity it fosters.

That isn’t Ted’s fault, to be sure. My daughter tells me that it’s actually a sweet show about how showing love and kindness to someone can change their trajectory, and she says several episodes left her in tears.

I value her opinion. But I have other shows to binge-watch, and important doom-scrolling to fit into my schedule. If Ted can’t win me over in one episode, is there reason to believe he can win me over after two or three? Does he deserve the chance?

I turn to Google and type “negative reviews of Ted Lasso” into the search bar. Surely the omniscient search engine can confirm for me that I’m not the only one, that someone else in internet land has found faults with this show. I find … almost nothing negative. Ted gets 90% on the Rotten Tomatoes site. Ted Lasso Is the Show We All Need Right Now. Only The Guardian gives me hope, when the reviewer calls it a “middling fish-out-of-water comedy that never finds its footing” and gives it 2 out of 5 stars.

I try again, searching for “feminist criticism of Ted Lasso.” Nope, again, I am out-of-step with the rest of humanity. This Ted Lasso character is apparently woke and on the #MeToo team, and the women on the show portray positive female friendships.

This pisses me off. How is it that a show can be so universally embraced when our country is so fractured? Although I am normally a big believer in kindness and in second chances, real Americans have just tried to subvert our democracy, and I do not want to show them kindness. I am not ready for healing.

Of the two of us, my husband of 26 years is usually the one who has strong opinions about TV shows and movies. He says he didn’t have quite the negative reaction to Ted that I did, but the show didn’t grab him. He is willing to watch another episode with me. But he’s equally happy to investigate whatever else our various TV watching platforms have to offer.

I weigh the option in my mind. If I give Ted another shot, I might discover that I actually like the show. It might unleash a tidal wave of tears, releasing all the sorrow and worry and pain I’ve been holding at bay, just to make it through another day in the reality show of my life.

Or, I might grow to hate Ted’s mustache even more.

My husband and I pause Ted and start watching a new show, WandaVision. It features a Marvel superhero and her lover, characters I’m not familiar with because I’ve bypassed most of the Avenger movies. Two episodes in, I already like it better than Ted. An Atlantic review describes it as “a story not about an epic struggle to save humanity, but about one woman’s efforts to save herself from her grief.” Maybe this is the show I need right now.

Joy Riggs lives, writes, and watches quality TV in Northfield, Minnesota. She is the author of the nonfiction book Crackerjack Bands and Hometown Boosters: The Story of a Minnesota Music Man. Her essays have appeared in publications including the Minneapolis Star Tribune, Minnesota Parent, Grown and Flown, and Mamalode. She writes about her family’s adventures in making and appreciating music at mymusicalfamily.blogspot.com. Find her on Facebook (@MyMusicalFamily), Twitter (@RiggsJoy) and Instagram (@riggsjoy). 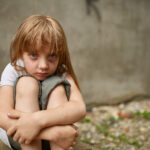 What I Learned from the Fire 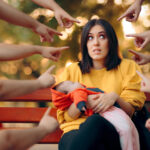