I have two daughters, born twenty-two months apart. Being so close in age, they share activities, schools, sports teams and clubs. It doesn’t take long for their teachers and coaches to spot what we know. “Wow, your girls are really different from one another.”

They are so different. One is an introvert, the other one always sitting at the center of attention. One loves to sing, the other one dance. The older one can read for hours while the younger one loses herself in arts and crafts. Despite their shared clothes and playlists, they are each perfectly individual girls. No one knows this better than my husband and I.

Yet when report card times rolls around, we often ended up putting the two side-by-side. Our older daughter, by sheer fact of being the first, became the measuring stick. When did she master the Pythagorean theorem? How old was she when she read that book series? Was she playing these piano songs at the same age? We chastised ourselves for comparing them, but without any other point of reference, it was an almost impossible habit to break.

The dangers associated with comparing siblings are real

A team of researchers at Brigham Young University documented the harsh consequences that result from sibling comparisons. BYU professor and lead author of the study Alex Jensen told Science Daily magazine that, “A mom or dad may think that oldest sibling is smarter because at any given time they are doing more complicated subjects in school. The firstborn likely learned to read first, to write first, and that places the thought in the parent’s mind that they are more capable, but when the siblings are teenagers it leads to the siblings becoming more different. Ultimately, the sibling who is seen as less smart will tend to do worse in comparison to their sibling.” He went on to caution parents against vocalizing comparisons, admitting that it is a difficult challenge to overcome.

My husband and I learned the hard way that comparing achievements can lead to misconceptions about capabilities. Our older daughter began reading at a young age, grasping onto books as an escape from social pressures and an invitation to view new worlds. We patted ourselves on the back for raising such a bright child. When her younger sister struggled, battled and eventually raged at our requests for her to read, we didn’t know what to think. Perhaps she was less intelligent than her sister?

It wasn’t until her fourth-grade teacher tested her for dyslexia that the truth emerged. Her brain functions in a completely different manner. Reading requires incredible concentration. Identifying patterns is effortless. The tricks and methods we used to help her sister finish her homework were practically worthless. She needed her very own measuring stick, with unique milestones arranged in a different order.

Now we compare each one to herself

The dyslexia diagnosis did more than help us understand how to support our child. It forced us to see each child’s unique learning and growth journey in isolation from the other. By turning off the parts of our brains that were shouting, “Yes but, how did her sister do?” we were able to hear the little voices that crowed each child’s achievements. We enforce this same behavior with our children, keeping report cards private, and no one gets rewarded for scoring higher than the other.

In time, we’ve become more aware of the variations in our daughters’ learning styles. We’ve learned their strengths and found new ways to shore up their weaknesses. Our conversations with their teachers have become more rounded, spending more time focused on how they are performing against their own potential than worrying about where they sit in the class rank.

The old adage is true. Comparison is the thief for joy. Had we blindly continued down the path of measuring one child against the other, we’d have done untold damage to both of our girls, oblivious to our culpability. I’m glad we learned our lesson early on, now spending our time celebrating our children’s accomplishments whenever and however they happen. 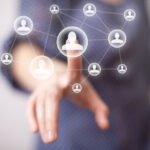 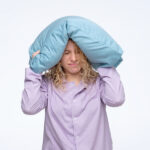