You may have heard it for the last few weeks… “it’s just old people and sick people.” Or “Italy has a very elderly population, that’s why it hit so hard there.” Or even “Well, he had underlying health problems.”

All of this is designed to minimize the impact of what we are still looking down the barrel at, to make you feel that it doesn’t apply to you, therefore you can disregard any concerns you might have. It’s wrong, but even worse, now it is coming from our leaders. Why? Money. Always follow the money.

“WE CANNOT LET THE CURE BE WORSE THAN THE PROBLEM ITSELF! AT THE END OF THE 15 DAY PERIOD, WE WILL MAKE A DECISION AS TO WHICH WAY WE WANT TO GO!” –Donald Trump (caps locks his, not mine.)

“But the president is right, the cure can’t be worse than the disease, and we’re gonna have to make some difficult tradeoffs.” – Larry Kudlow, WH Economic Advisor

“No one reached out to me and said, ‘as a senior citizen, are you willing to take a chance on your survival in exchange for keeping the America that all America loves for your children and grandchildren? And if that’s the exchange, I’m all in.” –Dan Patrick, Texas Lt. Governor (regarding the economy.)

I know people need to work. I know people need to work so they can eat and provide shelter for themselves and their families, but that doesn’t mean other people need to be shoved aside, left to die in the pursuit of the almighty dollar. I also know that the government that never hesitates to bail out big business or corporations, or hell even entire industries, can and should do something for ALL of us, including the sick and elderly they suddenly seem so willing to sacrifice at the altar they built to the Gods of the Stock Market.

Unemployed is fixable. Dead is not. Bailout people instead of corporations. At this moment more than any other, we need a government for the people… ALL THE PEOPLE.

And if that means my taxes increase in order to pay off debt that our nation will incur right now, I will do that. And maybe the military gets a couple less fighter jets too. We can all pitch in somewhere and take the hit. We are the richest country the world has ever known. We can get through this without allowing “just 1-2%” of our population to die in service to our economy. And in case you haven’t done the math, that’s roughly 3.2-6.5 MILLION people. But hey… it’s only sick and elderly people, right?

YOU ARE NOT EXPENDABLE.

For a  country that claims to have a culture of life, a culture that respects first responders (who will suffer disproportionately when the hospitals are overrun), a country that claims to be a Christian nation, this is not how you show it. This is none of those things. When you sit around asking yourself What would Jesus do? know that the answer isn’t “allow millions to die so the stock market can rebound.” 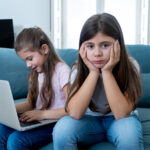 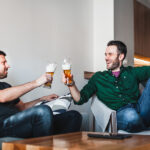