Through heavy sobs, the words came spilling out of his mouth. Eyes, red and bloodshot from crying so intensely; even causing him to do that heavy, shortened breath stutter, making his head shake with every gasp for his next breath.

I knew this day would come…and admittedly, selfishly, avoiding this day is one of the reasons I used to say I never wanted to have kids.

The day he finally put together that the reason he had always felt different from other kids; from other boys. The day he realized why, when it seemed like all the other kids were jumping into adolescence with both feet, without regard, all the while he only knew hesitation; questioning every choice to death. The day he realized that when he found his “thing” that made him feel truly alive for the first time, only to have his first reaction to be to hide it away and convince himself people would laugh at him if he told them about it. The day he realized that voice in his head – the one telling him he wasn’t good enough to make it, or not smart enough to try, or that person isn’t going to like him back, so don’t bother asking them out; he would realize where that voice originated from, and how it got in his head. The day he realized, all those roads filled with fear and doubt, and the many still left to travel; they all lead back to me, his father, and the gift I passed down to him at birth.

I knew this day would come…I just didn’t think that would come when he was five years old.

Gift…what a misrepresentation of reality if I’ve ever heard one. What lives in my son; in me, is no gift. We’re a lot like the super heroes I tell him so much about. The fictional characters that helped shape my youth. We walk around every day, looking “normal”, with no one around us any the wiser that we have something else lurking just beneath the surface. The major difference is, our secret is not a hidden super power. Our secret will never save the masses, or thwart an evil plot for world domination. Because anxiety doesn’t save anyone. In fact, the only thing we really share in common with those heroes is, we hide our true selves; living most of our lives behind a mask we choose for others to see.

I worry about my son so much. I have spent the first five years of his life worrying about what his life will be like. If he would end up like me. I have even talked about it with other dads. Until recently, it was just that, worry. But all that worry became a reality recently. A reality, that even after all the worry, I was still not ready for. My son had, quite simply put, a panic attack or mental break, at five years old.

As someone who has had plenty of panic attacks, and even helped others come down from theirs, nothing prepares you to see your sweet little boy break down in front of you. It felt like we were walking in quicksand. Moving slower and slower, and every shift we made dragged us deeper and deeper into the void that was his mental break.

My wife and I sat there, holding him, consoling him, telling him everything would be okay. We listened as he let loose what felt like a lifetime of repressed feelings and fears. Then again, when you’re five, I guess it really is a lifetime’s worth. Then came the dagger to the heart…

Daddy, you broke me!

Anxiety and depression have stolen so much from in my life. It has been the greatest thief of joy to-date. These mental issues lie to you. They try and convince you of a reality that just isn’t true.

I may not be a super hero, or have special powers, but my son does. My son has so much love in his heart. He’s kind, empathetic, and has a laugh that can fill even the saddest person with joy. But most of all, he has a the special ability to heal others…okay, maybe just one person, but that person was me. He helped me feel less broken when he was born, and now I will spend the rest of my days helping him feel the same.

About the author: Mike Cruse is a parent, a writer, and lifelong storyteller. He always wanted to be an actor or stand-up comedian, but clearly didn’t make enough poor life decisions to get there. So, now he makes jokes on the internet. He’s been featured in the book Dad Behaving Dadly 2, as well as The Today Show’s List of Funniest Parents on Facebook, and is a contributor to Huffington Post, Good Men Project, Scary Mommy, and BLUNTMoms. And make sure to follow him on Facebook, Twitter and Instagram for more of the funnies. 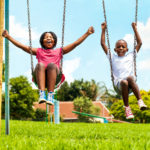 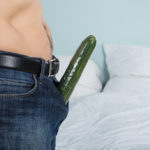