Among the latest Internet hate-fest rampages is the subject of autumn. I don’t get it. People seem to have lost sight of the fact that pumpkin spice lattes signal the end of the asphalt-melting, sweating-out-your-eyeballs, my-lawn-is-crispy-but-I-no-longer-care season.

True, summer around here has yet to come to an abrupt end. It’s still that time of year where the jacket I wear in the morning is something I come regret like that 9th grade mash-session with the kid from band club by about noon. At least the nip in the morning air heralds a season where I look forward to no longer worrying about whether I’m overdue for a pedicure. See ya, sandals.

When fall really does make its appearance, I find myself energized. Full of the vim and vigor required to clean out my closets and find my fluffy slippers. God bless fall. And fluffy slippers.

… and food. Fall food makes me happy. Not that it’s exciting. In fact, the very lack of variety and flavor are what I crave these days. We’ve been picking up our weekly supply of veggies from our veggie co-op since May and this is the last week for that nonsense.

Then it’ll be back to supplementing our weekly meat-and-beer diet with the occasional broccoli floret from the produce department. Not a care in the world about where it comes from or what it’s sprayed with. No more wondering what the hell to do some of the stuff I pick up from my wholesome gardening friends, like the five-gallon bag of arugula for which back in July I’d have been enthusiastically perusing recipes on Pinterest, but which today overwhelms me. So it sits there, in the crisper until the pungent smell of rot wafts from the bowels of my fridge like the gnarled, accusing finger of the Ghost of Veggies Past.

You are a Food Waster, missy. Have you no shame?

And for that matter, can I just say I don’t understand eggplant? You can slice it and fry it and cover it with cheese and tomatoes, and probably candied-freaking-sprinkles for that matter, and your family still will turn their noses up at it. You can grind it up and mix it with lemon and tahini and you get something with the relative consistency of phlegm mixed with snot in a used spittoon.

Baba-whatever-the-hell-it-is, it is not even vaguely appetizing to me.

Then there’s the clothing. Long sleeves, people. Pretty scarves. They’ve been dying to come back out of the closet since June. I have missed them just as much as the fluffy slippers.

And hello football. I’m not crazy about it, but Mike is, and some other people with whom I like spending time, which makes for a good excuse for getting together someplace I don’t have to worry about what shape my yard is in, or whether my kid’s going to get stung by a wasp and swell up like a balloon.

And guess, what, all you people who love air conditioning? You can knock that crap off. It’s cool outside. Why do people feel the need, in summer, to set the thermostat to mimic the relative temperature of the surface of Pluto? No one ever acclimates to the heat by freezing every time they come in from outside. It isn’t ever necessary to imitate the climate north of the Artic Circle in February. Especially when it’s not February. Give your air conditioner a damn break.

I have been so over the whole yard work thing since about mid July. My neighbors have likely been over my being over the yard work thing, too. Lets raise a big mug of hard cider to everything stopping the growing thing for a few months, and hope a big snowfall comes to hide all this crap just as soon as possible.

And, you know, running in October reminds me that I like running, whereas about five minutes of running in August will make me feel like my quads have the relative consistency of gummy worms. Midway into mile two I’ll be blinded by sunscreen that’s hitched a ride on my sweat directly into my eyeballs. Fall running means a hat and long sleeves. No sunscreen. No gummy worm legs. It’s glorious.

I’ll give you hayrides being overrated. Hay is itchy and horses fart. But have you ever chucked a pumpkin? That only happens once a year, and by my estimation is the best use of a vegetable ever. Hands down. Mind you, I’ve never actually done it, but I stand in full support of pumpkin chucking.

… AND Octoberfest. You don’t get that in July. Why not, you ask? Because lederhosen in July would be hot. And ridiculous. And it’s July. They called it Octoberfest for a reason. I don’t know what exactly that reason is, given that Octoberfest in Germany is actually in September, and lederhosen are kind of overrated no matter what time of year it is. But, um. Beer. That’s where we were going with this. Shush.

So, chill with your war on autumn, Internet. Nobody’s forcing you to warm your paws on an overpriced, over sweetened mug of orange-tinted syrup-with-whip. In just a few short weeks we’ll be smack in the middle of the holiday season and have something real to grumble about.

I, for one, am going to take a second to enjoy not worrying about having sandal-ready toes, or how much SPF I need just to take out the garbage.

Then I gotta get someone around here to grab a rake, because those freaking leaves aren’t just going to take care of themselves.

About the author: Beth Markley is a 40-something mother of two boys who blogs at Manic Mumbling | Musings of a Mostly Mediocre Mom about parenting, traveling and running long distances very slowly. She consistently overestimates her abilities as a chef. She shouldn’t be allowed to dye her own hair or pick out living room furniture, and she can’t figure out the television remote. If she could choose any superpower, it would be the ability to read in a moving vehicle without getting woozy. Find her on Facebook or Twitter. 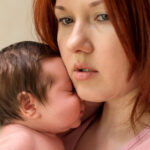 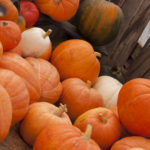