This time last year there was quite the uproar over the Christmas carol “Baby, It’s Cold Outside,” …because it’s creepy AF. But fear not, Christmas revelers, John Legend and Kelly Clarkson have recorded an alternate version with more updated lyrics, including an Uber driver named Murray. I was relieved to know I could now enjoy my holiday music in peace, but then I started listening closer, and there are issues. A lot of issues.

Before this Christmas season is over let’s address a few other songs that could use a make-over, shall we?

“We Wish You a Merry Christmas”—Sounds harmless enough right? Well, it starts that way, but the song quickly segues into demands for figgy pudding. As if that wasn’t bad enough, it repeats the line “we won’t leave until we get some” at least 3 times and then says “so bring it out here.” What the hell is going on here? You are demanding food, insisting it be served to you in a location of your choice and are threatening a sit-in if you don’t get it? Get lost, free-loaders. This is the kind of thing you expect for those damn European socialists, not in America!

It only gets worse from here.

“The Little Boy Santa Forgot”—He not only got skipped by Santa and had to go home and play with last year’s broken toys, he also doesn’t have a Daddy. Which I guess is better than a drunk for a Dad, but you have to wonder what it is about Christmas that makes some songwriters so damn morose. Do you really think we all need our kids going to bed every night worrying about getting skipped? No, we sure as hell don’t. Let’s go with “Santa Has Never Missed a House So Go to Sleep Already.”

“Santa Claus is Coming to Town”—Say it with me…”He knows if you are sleeping, he knows if you’re awake…” He’s a freaking creeper who spies on you for 364 days and if you so much as cry, that’s considered bad behavior? What if your drunk Daddy just fell down underneath the Christmas tree? Is it ok to cry then? WTF. I would prefer “Everybody Cries When They Are Sad, Santa is a Fraud.”

“Grandma Got Run Over by a Reindeer”—Sure, it’s funny, but dig down. Grandma is the drunk in this song and she wandered out into the snow because she needed her medication and no one wanted to help her out and now SHE IS DEAD. And Grandpa doesn’t seem to care one damn bit while the family is deciding what to do with her loot. It would sound better as  “Grandma Ran Off to the Bahamas Because Her Family Sucks.”

“Rudolph the Red-Nosed Reindeer”— This song could use a redo more than most. The reindeer laughed at him and called him names? Never let him play reindeer games? So, they completely bullied him into submission and no one did a damn thing about it? Including, apparently, Santa Claus himself who is supposed to be in charge up there. Then he needs him to pull his freaking sleigh. Just ignore his trauma and then use him for your own benefit when times get tough? In the new version, I would like it if Rudolph told Santa to fuck off and then started his own sleigh delivery company that focused on inclusivity and put the old sleigh out of business.

And those are really just the tip of the iceberg that is problematic Christmas carols. We haven’t even touched on…

“I Saw Mommy Kissing Santa Claus”—Is she cheating? Some sort of weird daddy-issue sex play with the husband in clear view of the kids? Super inappropriate.

And my personal favorite, Loretta Lynn’s “To Heck With Ole Santa Claus,” where she threatens to nail him in the crotch with snowballs because he didn’t bring her what she told him to the year before.

As far as I can see, John Legend has his work cut out for him. 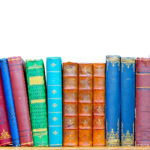 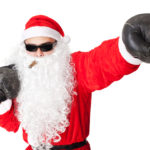