I decided that I could no longer, in good conscience, sit this war out. While I have no particular leanings towards either side, I think that everyone at home, scared and afraid of what is coming, should be informed, so I took it upon myself to become the reporter of record. There are so many people around who don’t even seem to realize that there is a battle being waged right here, in our very own cities and neighborhoods, so prepare yourself for the unsettling dispatches from the front lines of the War on Christmas.

I was not sure where the current battles were being waged, but I heard a lot of Starbucks mentions, so I decided to start there. Plus, if I am going out into a war zone, a little caffeinated mocha can’t hurt. I entered expecting to see mayhem and destruction everywhere, but for the most part all the people looked pretty happy. There was one lady complaining about the wait for a sandwich, but I don’t think she was a solider for either side. Pretty quickly I noted that they were playing Christmas music and when they handed me my drink the cup was covered in presents and all sorts of Christmas-y stuff, so I quickly concluded that while Starbucks may have put up a good fight, Christmas had clearly won here and was holding its ground.

I moved on into the mall.

I just knew the fighting in here would be intense. Between the retailers who rely on Christmas to make bank and……..whoever it is that’s on the other side of this war, this would surely be ground zero for the crusade!

The Christmas music was loud here and I thought that was surely a battle tactic of the Christmasers? Christmas Fighters? Christmas Side? I’m not sure what they are calling themselves these days. The resistance was hard to locate. I hid behind a tree, lest I get caught in the crossfire. When I snuck out I discovered it wasn’t a tree at all, but the back side of Santa’s house. And there was a Santa! And some elves and tons of children lined up to tell him what gifts they wanted.  Confused I assumed that I must have somehow slipped behind the lines and I needed to make my way to the front to see some real action.

The problem was I had no way of locating the “front.” I wandered through the mall for hours on end. I was wished Merry Christmas by no less than 14 people. There were decorations hanging, dangling and attached to every space available and most of my purchases were given to me in festive red bags. Every store had their own Christmas music playing and there was more than one Santa??!!? The whole place looked like the North Pole. It was hard to determine if this was some sort of anomaly or if perhaps I was much further into “Christmas Country” than I realized, so I headed to 2 other malls and 1 more Starbucks, just to be sure (and also to finish my shopping.)

After much stalking and searching, I am pleased to report to you all THE WAR IS OVER! There has apparently been an unconditional surrender of the Anti-Christmas Forces? The Rebel Alliance? Still not sure who was fighting this war?

And to make your Christmas Season most Merry, it appears that the reconstruction has also been completed. No trashed displays, no burned down trees–just festive Christmas decor everywhere the eye can see. So, people of America who were afraid to leave your homes in case you accidentally got wished “Happy Holidays,” fear not! It is safe for you to venture forth and purchase loads of useless merchandise for people who do not need it in some convoluted attempt honor of the birth of our savior! 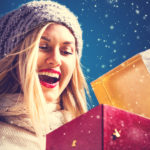 BLUNTmoms Holiday Gift Guide For Her 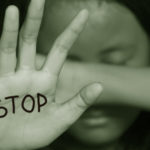 Surprised By All These Assault Cases? You Must Not Be A Woman.