I don’t know about you, but before the pandemic, our family was BUSY. My son had lacrosse practice a couple nights a week, games a couple nights a week, he had Scouts and music lessons. Pretty much every day of the week we had SOMEWHERE to be. I ate dinner out of vending machines sometimes at the rink and once spent 3 hours in traffic trying to go to Richmond, which is about the eleventh circle of traffic hell.

Then the pandemic hit. And our calendar became blank like my expression when someone asked when the last time I had a day off was.

So then we had nowhere to be, we were home, my kid online schooled for a school year and a half. I was already working from home so now I had company but I also became a single mom at the same time so I was sad and grappling with my new life. But I got super stir crazy and so did he and we were lucky that bored was one of our bigger problems. I lost half of my business but was able to pivot and recover without facing dire consequences. I bought bubbles and blew them on my porch, did themed photo adventures with internet friends, watched too much Netflix, and worked way too much because I had no social life.

I was an introvert and a homebody before but pandemic home life was more extreme than I was comfortable with. I missed humans. So did my kid. I was sad and lonely and scared and I never got around to baking anything (though my kid took Zoom cooking lessons and learned how to make crepes to sell to me because he is a hustler.)

He got vaccinated (and so did I!) and he went back to school in person and he really thrived. He was in a new school and a new program with some new kids and I thought he would want to pick back up where he left off. But honestly, I was dreading it. I hoped to ease back into our old life.

When things started opening up I planned some outdoor outings for my son and I. We went to a concert and comedy show one night and a play another. The first night wasn’t too hard on me because we were pretty spread out from the crowd  but the second one was too much, too fast, too close, too many people. I was riding a wave of panic attacks and it was deeply uncomfortable.

It turns out my son didn’t want to go back either in the same way. Over the pandemic he enjoyed having free play time, he wanted to be able to take off on his bike, spend time one on one with friends or in small groups and do an activity if he felt like it but he didn’t want a busy calendar anymore. He didn’t resume his activities and he’s okay with it.

We have found our way back into a groove that works for us. I’m still getting comfy with the “outside” and he likes his autonomy and not feeling driven by a schedule. Our story was very much like a book I read called Josie’s Busy Calendar. 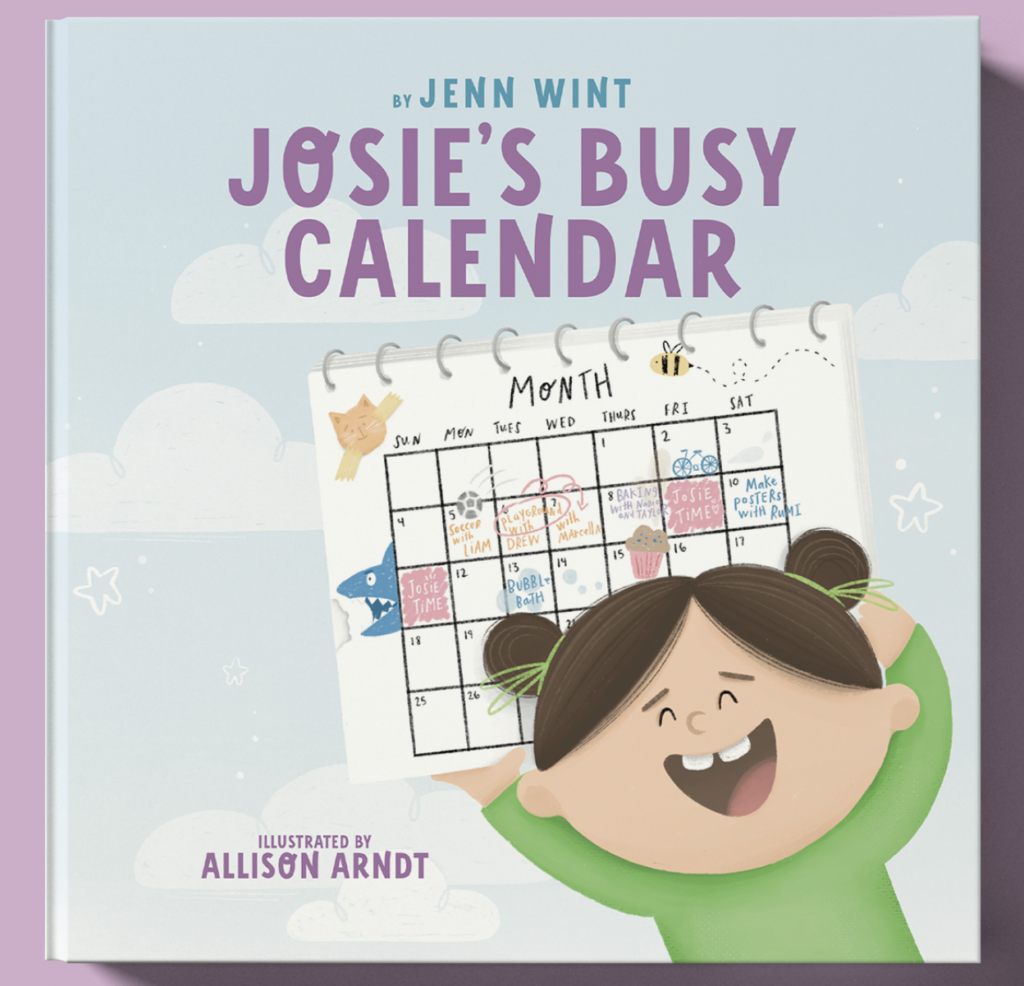 Josie was a little girl who went through what we went through. The sad of an empty calendar, missing people, getting excited when things opened back up and taking on too much too soon and feeling overwhelmed by the experience. She found a way to balance her time in a way that honoured her energy levels and found new ways to relate. I think it’s a really valuable lesson for kids. These are some things I loved about it: 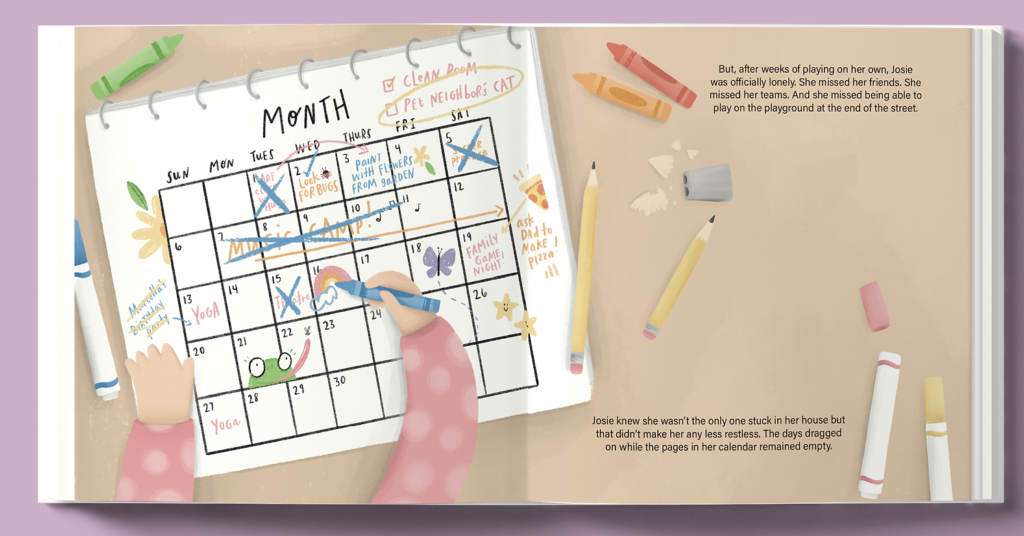 Check it out for yourself if you’re looking for a way to talk to your kids about their schedule or big feelings they might be having in other areas because it’s a really good jumping off point for those conversations around anxiety and fears and overwhelm. Social emotional learning is how we raise self-aware kids who listen to their bodies, their hearts and have awareness about how their relationships and how they show up in them impact their lives. I also happen to thinks it helps us raise kids who aren’t jerks to other kids (or aren’t jerks to other kids as often, or maybe they will feel bad about it after because they are still kids but generally just less likely to be jerks, that’s my theory, being able to be in touch with your feelings makes you aware other people have feelings too). Put reading Josie’s Busy Calendar on your hopefully not too busy calendar and it might just be what you need. It’s what I needed, honestly, I’ve never felt so seen by a children’s book before. 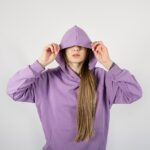 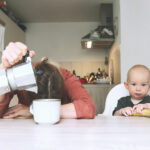 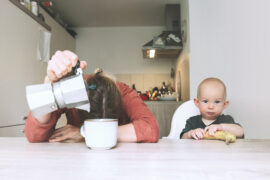