As moms, we put ourselves through the wringer at Christmas time, don’t we? We are left feeling exhausted, empty, and out of gas in the Starbucks drive-through on Christmas Eve morning in our pajama pants all because we still aren’t ready for the big fat guy? Wait? That’s never happened to you? Well, it has to me and in this story, I’ll tell you all the cringy details.

This is not easy for me. I don’t play this role very well. But, since Levi and the girls are such good sports when I make fun of them, it’s only fair that I make fun of myself. I try really hard not to give any material to be used against me, but sometimes the universe has other plans.

In my pajama pants.

The morning started off innocently enough when I hopped in the van to pick up last minute personalized Christmas gifts from a neighbor. I know. After picking up the gifts, I thought something from Starbucks would be nice. I did notice that I needed gas, but I thought I had a few miles left.

For the record, I haven’t run out of gas since that one time I was driving Levi’s old Mustang to visit him at the Dillard’s warehouse where he used to work while we were dating. There’s plenty of gas, he said. You will be fine, he said. I said other things to him after I had to walk 2 miles to his house. This was pre-cell phone era, where you had to actually fend for yourself at times.

So, needless to say, running out of gas wasn’t really on my radar.

The Starbucks I go to is next to the Tom Thumb gas station. Here is where I made a very critical mistake. I chose to get coffee before I chose to get gas. In my defense, the Christmas delirium had fully set in by then. I was running on very little sleep from trying to do all of the shopping, wrapping, clothes washing, packing,  house cleaning, and all two days before Christmas because, work. So, my critical thinking skills had been compromised. All of you out there in charge of making all things Christmas happen can relate, I’m sure. Anybody? No?

I pull in behind a car that was ordering when suddenly, my car died.  I knew I had run out of gas.

Ok, I know what to do. Put it in neutral and have someone push me out of the drive-through. Simple. A nice man was already walking up to me and offered to do just that. However, my gear-shifter-thingy was stuck in park. We pushed and pulled. Turned on the ignition, turned it off. Nothing. Park. Which means I can’t be pushed out of the drive-through at Starbucks. Which also means the 1,000 people who were planning to drive through that morning would have to park and get out of the car to get their coffee. Did I mention it was really cold? People don’t like to get out of the car when it is really cold. And people don’t like people who run out of gas in the drive-through at Starbucks.

For those of you who think I live in a big city, I do. However, I live in a little place called Woodland West where everybody knows your name.

Remember how I’m in my pajama pants? They are solid grey, and I have UGGS on and a jacket so, I mean, it’s not the worst situation, right? I could call Levi, but that’s not something my pride was willing to do just yet. I can do this. Ok, so I’m stuck. There is a gas station right beside me. I’ll go buy a gas can, fill it up, and problem solved. I made the walk of shame to the gas attendant.

They were out of gas cans. This can’t be happening.

Except when I get to my car with the gas, it won’t pour. For those of you who haven’t had to deal with a modernized gas can, they have a lock system and you have to know witchcraft to get it to work. Lucky for me the nice man who was helping knew the witchcraft, except it still wouldn’t work. Up walks man number two. “Oh, yeah, you just….” He knows the voodoo too, but nothing. Up walks man number three. “Hear, let me… you just… twist…” Also, a knower of the wizardry… and strike three. The gas can was faulty. They all remarked on their disdain for the new gas cans and, while I didn’t know anything had changed in the way of gas cans over the years, I couldn’t have agreed more.

In an act of desperation I called Levi, but after he answered I came to my senses, despite the Christmas delerium, said “Nevermind,” and hung up. I did that because nice man number one went and got venti-sizeded Starbucks cup and took the cap off of the cursed gas can, poured the gas into the cup, and then sloshed in as much as he could into my van. I also hung up because, ultimately, the goal was to never ever let Levi know. Whew, close one.

It didn’t start, but it sputtered just enough to release my gear-shifter-thingy. I slid it into neutral and the nice man pushed me out of the God-bless-ed Starbucks drive-through.

I get out of my car to get the faulty gas can out of the drive-through and thank the man. As I’m doing this people start shouting at me from all directions “Do you need a ride?” “Let me call AAA, they will help!” “Do you need me to buy you gas?” This was all very nice, but just reinforced how badly I wanted to disappear.

I called Levi. Again. This time I didn’t hang up. I just said very quietly “Um? Do we have a gas can?”

“Where are you?” More evil laughter.

See? This is why I didn’t want to call him. I knew he wouldn’t be mad. In fact, I think he was GLAD. Relishing in the RARE opportunity to make fun of me.

He showed up just a few minutes later and filled my car up with gas from the gas can. He, of course, took a picture first. As he came up to my door, I quickly locked it and refused to look at him. He was talking to me but I couldn’t hear. Didn’t want to hear. La-La-La-La-La! I rolled the window down a crack. I don’t remember what he said when I did that. I am thinking it was because I have post-traumatic amnesia for that particular moment in time.

I was able to start my car and I drove it to the gas station, literally steps away. He filled it up. I drove off, never looking back at Starbucks and the drink I never got. Good riddance.

To the three men who tried to help the crazy lady, thank you. If we meet again, coffee is on me. Although, if I’m being honest, I hope we never meet again. The embarrassment is just still too raw.

Here’s to the new year and better choices. #gasbeforecoffee #2019 goals

Connie Swinney
I am a 40-year-old mom of two girls ages 15 (an ADHD cheerleader/connoisseur of junk food) and 13 (dimpled ball of fire and fury… this one keeps us on our toes and scared) and wife to a bearded architect.  I am currently a third-grade math and science teacher and former blogger who can’t seem to let the writing dream die. 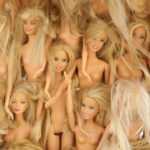 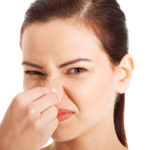