As parents, there’s a certain level of hypocrisy we get to exercise (lord?) over our kids. “Do as I say, not as I do” applies to numerous situations. We compel our kids to go to college even though we never did. We direct them to not engage with certain extracurricular activities even though we totally did with our teenage friends in the basement that one time.

Other instances can be pretty harmless. No, you don’t get another cupcake, I declare as I shamelessly inhale another one.

Expecting certain things from our kids when we don’t even do it ourselves leaves us wide open to accusations of hypocrisy. And we try to get away with it by invoking the old standby of “Because I said so” or just by virtue of our venerable old person status of having been born in the age of rotary phones.

And while I can regularly claim the hypocritical one cupcake rule, I’ve come to realize that I’m engaging in other forms of hypocrisy with my kids that’s more loaded and complex.

On Standards of Beauty

As a mother of young girls, I try to be really mindful of how to shape their understanding of beauty standards. I never hesitate to offer a compliment on their physical appearance, be it augmented by a fancy outfit, some well-placed glitter, or their naturally toothy smiles. Your kids should know you think they’re beautiful and hear it often.

But I also make it a point to have a broader discussion about standards of beauty. My daughters often hear me say the timeless adages we’ve all heard in our own youth. It’s what’s on the inside that counts. Outer beauty is no match for inner beauty. Kind, compassionate people are the most beautiful people. I hope these values have resonated and will stick with them.

But while I downplay the notion of outer beauty to them, I’m singing another tune when it comes to my reflection. The closer I get to 40, the more fixated I have become on harshly criticizing what I see in the mirror. I can be pretty unforgiving. I obsessively pluck stray gray hairs, loudly accompanied by my soundtrack of swear words. Each night, I park myself in front of the world’s most unflattering lighting to interrogate any emerging wrinkles on my face. Oh, and try taking my picture nowadays. And then trust that that is when I am at my most obnoxious. It always ends up with do-overs or delete-delete-delete. My older daughter pointed it out the other day with “Mommy, you always say something is wrong when you take a picture!”

It’s not something I realized she had noticed.

I love having daughters and a big part of that is seeing their relationship as sisters. I remind them often how lucky they are to have each other. And why wouldn’t they? They share DNA and will have the shared context of growing up together with Christmas mornings, questionable haircuts, sleepy road trips, and their dad’s uncanny way of always having the right batteries for toys. I’ve taken great pains to encourage a relationship in which my daughters fiercely support, defend, and elevate each other. I’m not gonna lie, I can lay it on pretty thick. When your dad and I die one day, YOU WILL ONLY HAVE EACH OTHER. Look at Anna and Elsa! THAT was the takeaway from Frozen. Their sisterhood saved them!

My campaign to cement their sisterly bond is highly hypocritical. I also have a sister, but we don’t have a relationship. We were collateral damage from our parents’ divorce and only spent the first eight years of my life together. We were each raised by one parent and later reunited as young adults. We’ve had stops and starts where we tried to have a relationship using the same logic I use on my girls: because we shared DNA and that we were each other’s only sibling. But ultimately it wasn’t enough. The residual hurt from our childhoods never faded and defining moments in our adulthood never gave us a chance to get closer. So as much as I push my daughters to revel and cherish their sisterhood, I can’t and won’t do the same with my own sister. I’ve made peace with it and know that it’s for the best for us to not be in each other’s lives.

The concept of forgiveness is something kids should learn early. It starts off with forgiving bold, toy-snatching violations from their friends in the sandbox and gets more complex as they get older. Conversations about forgiveness in my house involve helping my kids understand intent, second chances, and an opportunity to make things right. I try to model it for them, and parenting little people presents itself with multiple opportunities a day. Kids, witness my grace of forgiveness anytime a Sharpie comes in contact with anything. Or sometimes it’s my turn to ask for forgiveness when I lose my cool at them simply because they were in the line of fire.

But outside of them, forgiveness has been at times an impassable bridge for me to cross. There are people in my life who have inflicted the type of pain that stings and lingers. I was cautiously optimistic that the seismic shift of becoming a mother would somehow grant perspective and empathy for the pain caused by my own mother and stepmother. It hasn’t happened yet. I don’t know that it ever will. But I do know that my bloodline doesn’t run parallel to how I forgive certain fault lines.

So all of these things make me a hypocrite.

I tell my girls that outer beauty is insignificant while I’m desperately obsessing over what I see in the mirror.

I push for them to cherish their sisterhood when I won’t have a relationship with my own sister.

I teach my kids the importance of forgiveness when I’ve drawn a hard line to the point of no return with some people in my life.

But if that’s hypocritical, I’ll own it because it’s imbued with good intentions.

I want my kids to have grace and gratitude for each beautiful stage/age of their life.

I want them to have a healthy, fulfilling relationship with each other as sisters and friends.

I hope desperately for them to be able to avoid people who confer the deepest cuts.

If we’re trying to do this parenting thing right, maybe we’re all hypocrites. We’re pushing for the things that we don’t have in our own life. Because we want better for them. Maybe in some regards, the ship has sailed for us.

And the only way to make some peace with it is to rectify through the second chance that is raising our own kids.

Miun Gleeson is an educator, writer, wife, and corner brownie piece apologist. As the mother of two girls, she hopes one will always write her lovely notes that move her cynical soul and hopes the other will maybe stop drawing her with a messy bun all the time.

You can find more of her writing at www.anindeliblelife.com 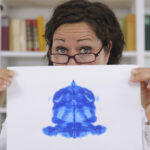 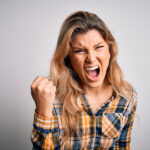