Sometimes you can just have a great day on the lake and not learn much about yourself. This wasn’t one of those days.

I fear things; snakes, speed, roller coasters. Some of them are irrational, like elevators. I still get on lifts and say a little silent prayer for my safe arrival to a floor. This fear likely stems from an experience I had as a toddler. Don’t they all?

My brother and I would race to push the button at my Nana’s apartment building. He could outrun me then, he can lap me now. This particular time, he pressed the button then raced to push the inside button when the doors closed, and I saw my brother, who might have been three, disappear. The fear that we had lost him overtook me immediately, and I remember crying. Scratch that, I remember panicking. I heard him screaming out in the elevator, and the scene was not much different on our floor as we tried to loudly communicate with the elevator doors through tears to get my brother to come back up to Nana’s apartment. I’m not sure I could have remembered the floor she was on, and he wouldn’t be able to decipher it from the mayhem.

A fellow resident got on the elevator and pressed every button with my brother until he found the floor that would safely return him to his crying family. But from that moment, elevators were no longer my friend.

When I got stuck on an elevator in my thirties, I was an irrational mess. It was between the fourth and fifth floors of the office building I worked at and was half a floor from my destination when the box stopped, and so did my heart.

It was a very progressive and young company apart from the accountant. He was the only person who came to work in a suit instead of clubwear from the night before. The accountant shared the deathtrap with me and was not prepared for what he witnessed. The company benefits thankfully covered PTSD.

I completely melted in that lift, and the tears were soaking my socks they ran so fast. I punched buttons so furiously, my finger cramped. And then, like an angel, one of the technology team pried open the doors from the fifth floor, reached out his glowing hand, and hoisted me out of my grave. We left the accountant in there. The next week they installed the security pass system in the stairwell that I had been requesting for years, and my ass never looked better running from our offices on the second to fifth floors several times a day.

My fear of speed only happened once we had children. Their safety and mine became far more critical than any thrill ride. When we brought home our daughter for the first time, I turned to my husband and said, “Sorry Hun. I will no longer jump in front of a train for you.” That began the fear of anything that could put my life in jeopardy. I will have fun, but only if it is protected fun.

Not that I think being on a jet ski is life-threatening. I just imagine myself getting hurt. That I have become really adept at. Getting injured means weeks of recovery at this age, when maybe a day of owies was my norm in my twenties. Any time I am tempted to recover on that couch, I can milk that injury forever if the remote is in my hand. Maybe jet skiing is life-threatening in a way. Returning to the evil couch with its plush comfort and tempting remotes means the possibility of staying there and slipping into old, unforgiving habits.

So I tell myself, “Get your ass on that jet ski girl. While you’re at it, plan to get on that roller coaster.”

Whoa! Don’t be so hasty. Have you seen the size of that drop? Gurl, you be crazy to get on that thing.

My Turning 50 Like a Boss Pro Tip: Life-threatening is living life if you look at it from the other side of the lens. 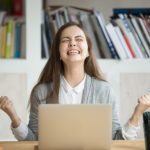 A Mama Who Loves Her Job 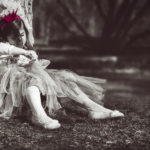