“Just once, I’d like to be able to do this without interruption,” I say to my husband, when we have managed to carve out a few moments alone together.

Every time. I say it every time.

It never happens. Maybe, once in a while. But mostly, we wait with trepidation for the inevitable interruption. The crying. The sound of breaking glass. The invasion.

There is a position described in the Kama Sutra, where the man, “during congress, turns round, and enjoys the woman without leaving her, while she embraces him round the back all the time, it is called the ‘Turning Position’, and is learnt only by practice.”

I believe it is also learnt when congress is interrupted by toddlers, who rose unexpectedly from naps, causing the woman to panic and the man to try to escape when they breach the perimeter, waving empty bottles and cheering in monosyllabic, enthusiastic glee.

Single, childless people: Right now, sex is easy. Enjoy it while you can. Use the elevator, the pool, the balcony – yours, and those in other people’s homes. Hot wax, handcuffs, full body latex, the elusive drama-free three-way….get it out of your system, because some day, should you decide to procreate, all the things you took for granted as being within your control will become your worst nightmare. Kind of like a SAW movie, only without that guy in the weird mask.

You just think you’re cool and edgy. Maybe you are cool and edgy. We may be the furthest thing from it, but know this: parents are warriors. When you have children, shit gets real. Sometimes literally.

Two Girls One Cup? Please. Parents have seen things that would stop your heart and make you never want to get into a bathtub or use a spoon ever again.

Netflix and Chill? Try Backyardigans and Hide. Blue’s Clues and Bowchickawow. Dora and Let’s Explore. Caillou and C…..whatever it takes.

As they get older, time alone becomes easier to come by – but discovery by someone has a vague idea of what you are actually doing versus who thinks you are playing funny naked games carries a heavier future therapy bill. I know that boinking – is boinking still a thing? –  in a place where you might get caught is a thrill, but no one wants to be caught by their children.

All we have to do is lock the bedroom door. They could be at someone else’s house, and it wouldn’t matter. It is uncanny, and a little creepy, how one or both of my offspring show up at just the critical moment – no matter how many pillows I have over my face, no matter how careful and quiet we are, just at the moment when the images of skin and friction and rhythm in my head begin to blur and I am skyrockets in flight – there is always a tiny little knock.

Sometimes, I say “What?” in singsong voice, to mask the sounds of my breathing.

Sometimes, I say “WHAT?” in a tone of exasperation that should tell him I am busy.

Sometimes I shriek “WHAT DO YOU WAAAAANT????” Like some pigtailed kiss-ass with a little dog in a basket just threw a bucket of water on me to keep me from stealing her ruby slippers. (Oh for fuck’s sake – Google “I’m melting” if you are too cool to get that reference.)

It is always a life or death emergency.

“YES! I HAVE DUCT TAPE FOR YOUR MOUTH AND POSSIBLY YOUR HANDS AND FEET? WILL THAT WORK?”

It seems as if the siege will never end.

“Just once, I’d like to be able to do this without interruption,” I say to my husband, because we have managed to carve out a few moments alone together.

Every time. I say it every time.

Five minutes ago he walked behind me in the kitchen, and kissed me on the back of the neck to get my attention, and beckoned me to follow him upstairs. There is music playing. And candles. It must have been longer than I think.

We sway, together, to a song from our long-ago wedding, and I realize how quiet the house is. I move away from him to look out the window.

I can see most of the front yard through the pane, as well as across the street. It’s a beautiful day outside, bright and cloudless, and autumn is slowly staking her claim on the yard. The first cold morning has murdered my hibiscus, and I remind myself that I need to cut them down today.

“C’mon,” he says, circling my waist with his arms. “Burnin’ daylight.”

“Something is wrong, “I say quietly.

“Are you kidding me?”

“When is the last time you saw them?”

“I don’t know! They were watching TV when I went to the store.”

He kisses me on the back of the neck again, sighs loudly, and goes.

I don’t hear anyone fighting. They are learning to resolve conflict themselves, and while they don’t always make the best choices, I almost never have to hold my little girl while she cries because her brother ripped whatever it was out of her hands. I can’t remember the last time I held him.

Then I see – my son is on his bike, working his way slowly from one end of the block to the other. He is twelve now, and there is always a cluster of neighbor girls nearby, watching him or trying to get his attention. Which confounds me, because he has to be bribed to comb his hair and wear deodorant, and I fear he always will. He is wearing a hoodie, and shoes, and even pants. He rides a bike far better than I do, and the farthest he will go is to a friend’s house, three blocks away. Everything is fine. I am being ridiculous.

I go to find my husband to tell him to come back upstairs. As I pass the living room, I see my eight year-old daughter on the couch with her Kindle, watching something that I would probably raise a mild objection to if I were in the mood. Her father is kneeling next to her, and they are both laughing at something involving farting noises. He slides an arm around her shoulder kisses her loudly on the forehead. He has forgotten all about me, and any plans we had a few minutes ago.

I leave them, and wander outside to watch my son as he rolls by. He waves and yells “Have you seen the charger for my Xbox?” I smile and shake my head no, and he moves on, turning the corner, until I can’t see him anymore.

About the author: Renee Robbins writes the blog That Shameless Hussy. 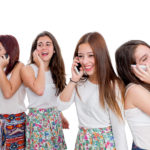 When Desperation Hits, Any Babysitter Will Do 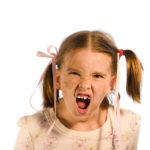