As a woman who deals with the insane rollercoaster of crap known as bipolar disorder, I have something to say.

In the past I’ve let the ignorant comments around mental illness slide, but I am done with hearing people use mental health diagnoses to describe inanimate objects or as insults.

The situation that’s really irking me today are the ad-nauseum tweets and Facebook posts about the weather being “bipolar.” They use it in the context of commenting on the weather’s drastic changes from one day to the next… NEWS FLASH: the weather does not have uncontrollable, debilitating bouts of mania and depression that that can lead to suicide. The weather does not wake up each day wondering if today will be the one where their medicines just inexplicably stop working. The weather does not fear the impact her symptoms may have on her loved ones.

I understand they’re trying to be funny or clever, but not only is it unoriginal, it’s offensive. I don’t take myself too seriously and I have a fantastic sense of humor, but misusing the word ‘bipolar’ screams “I’m inarticulate and ignorant” to those of us in the know and/or have better command over our words. Try using the word ‘volatile’ or ‘erratic’ next time; Impress someone with your fancy new vocabulary!

Many of us that openly battle this behemoth of a condition are working hard to eradicate the stigmas of being bipolar. It is disrespectful for people to make light of it.

There are tons of people suffering in silence with bipolar disorder, and that’s so unfortunate. They need support and understanding. Many are ashamed to go public with their experiences because they’re terrified of being tagged as chronically irrational.

We all worry that people will see us as the embodiment of the insulting connotations. Flippant comments like this may not seem vicious, and are generally done without thought, but it’s hurtful to those of us already being bombarded by condescending attitudes. Being bipolar has become synonymous with crazy and it’s haphazardly slung both at people who do or do not have the disorder. I liken it to the misuse of the word “retarded” to describe something that’s imperfect or awkward. I bet you squirmed when I said that, didn’t you? Even though the word retarded isn’t used as much in a technical, diagnostic sense to describe a mentally handicapped person, it’s still used by many people in conversation. Using it in a derogatory manner is cruel and hateful, and I’m tired of “bipolar” being thrown around in the same way.

Bipolar is not a woman who keeps changing her mind about what clothes to wear. Bipolar is not a couple that constantly breaks up and gets back together. Say what you mean and mean what you say… And if you don’t know WHAT to say, either shut up or buy a thesaurus. 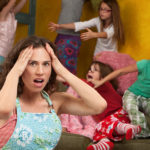 How Real Life Trains You for Parenting 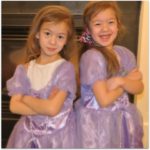