My closet was perfect. It practically glistened at me as I opened the doors, piles of neatly stacked laundry that beckoned at me with its lightly lavendered scent. I was never going to wear clothes again. Who needs clothes when you have a picturesque wardrobe? It belongs in a magazine somewhere. You see, I had just perfected the anal-retentive Japanese art of pants folding.

My husband, however, has not.

And my husband helped.

When I opened my closet doors that evening, rows of color-coordinated T-shirts didn’t smile back up at me with adoration. Instead, I found tea towels fraternizing with the guest towels, day dresses canoodling with the blue jeans, and boxers unceremoniously dumped with lacy unmentionables. This was an affront to nature! Not to mention, an affront to the Japanese.

My husband beamed at me from the bedroom door. “I did the laundry!” he triumphantly declared as he grinned at me with an expression of a puppy expecting a pat on its head. You see, at this point in the conversation, he had not yet realized that he had married an insane person. The effort at smiling broke my face, the mask of gratitude was slowly starting to peel away, and the crazy was soon to break forth. I could feel it. I licked my lips, determined not to let this angel of a man know what lurked beneath the surface. The compulsive demon inside of me could be vanquished. Go on. Give him a pat. You can do it.

It doesn’t matter the closet took you the better part of the week to accomplish; you even bought stupid little plastic dividers. He didn’t even notice that anything was different. He folds like a normal person and that isn’t a crime.

But then he asks it.

He set loose the demon.

My very organized demon picked up one plastic divider in dingy-beige and held it up to his face and asked him a wonderfully rhetorical question.

“Do you know what this is?”

He looks at me quizzically. “No.” The whole married to a crazy lady realization has not yet sunk in.

“This is a diabolical manifestation of everything wrong with me!” is what I should have said.

Instead what I found myself saying was, ”The tea towels clearly belonged on this side of the plastic and only an absolute ignoramus would dump them together with the guest towels, when they were so clearly stacked separately!”

Inhale deeply. There is a nonplussed expression on my husband’s face. A pause and then a question.

“You see?! This is precisely my point! How could you not know what a tea towel is? Are you an adult?”

“Clearly an adult who survived to this point without knowing what a tea towel is.”

“Ok, you may not know what a tea towel is, but clearly there were two piles! A small pile and a big pile!”

The demon was out of the closet and running rampant, trampling on the remains of my husband.

“Are you saying that if I don’t do the laundry according to your exact specifications, I shouldn’t bother?”

That is exactly what I was saying.

“That is not what I was saying! I am not saying you shouldn’t do the laundry. I am saying that when you do the laundry and you see two piles, you put them where they clearly belong.”

“Listen, I am not going to do the laundry if this is how you are going to react.”

“Fine. Don’t. See if I care. Let me know when you are ready to fold like an adult.”

My husband pauses and absorbs the phrase I just uttered. He repeats it slowly like he is chewing the words.

Oh no. Pettiness can’t withstand dumb. I can manage to entangle myself into the most arbitrary of problems, but I can’t be made to look foolish. And what I just said had the undeniable whiff of the stupid. Even me, in this maniacally induced state could not resist smirking at my own idiocy. My husband stared at me cracking up at myself, despite myself, paused and grinned at me.

“You hungry?” I blink. “Because I brought you some sushi for dinner. Thought you might be in the mood for some Japanese.”

I was in the mood for Japanese. What tipped him off? After inhaling some wasabi laced tuna rolls, I glance at my closet.

I actually don’t know what a tea towel is either.

Tamara Elashvili is a working mom of one. In her spare time, she writes short-stories, acts, sings, paints, and tries not to take herself too seriously. Sometimes she exists online, but she tries not to. https://www.facebook.com/tammy.elashvili/ 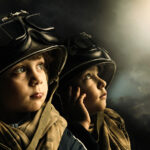 Only The Bones Are Left 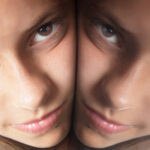 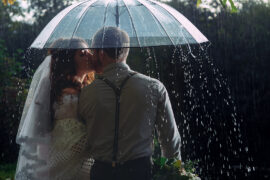