The “Save the Date” card arrived innocuously enough in a small white envelope, featuring an adorable photo of my handsome nephew, his beautiful fiancé, and the date of their upcoming nuptials. I turned the card over looking for more information on location or venue and saw the line of tiny (well too tiny for my mid-50s eyes anyway) script bearing the name of the website where all their wedding plans could be found.

I clicked on the appropriate link and explored the details of the ceremony and reception, looking at the recommended hotels and chatting with my wife about the best way to get to the picture-perfect town where everything was planned to take place. And as I did so, I thought about all those weddings of my youth.

Don’t we all go through that heady period in our twenties and early thirties where it feels as though everyone we know is getting married? During those first ten years after college, I was in at least two weddings, sang at two more and attended countless others. I smiled remembering the first time my group of very poor friends and I encountered an open bar at a reception, the crazy dance floor shenanigans, the after parties in the budget hotel rooms usually shared by 3 or 4 of us, and the disconcerting, yet heady feeling of watching each other cross such a monumental threshold.

Even in our fifties we still share the stories of those weddings like we’re recounting episodes of “Friends:” the one where a bridesmaid’s dress was forgotten in her apartment over an hour away and not discovered until the morning of the wedding; the one that took place in a blizzard; the one where there were so many bridesmaids and groomsmen walking down the aisle we compared it to the Olympic opening ceremonies; and the one where my best friend and I got a fit of the giggles that wouldn’t stop when the bride’s voice cracked during the vows. These weddings are an enormous part of the landscape of memories of that early adulthood time when we were all trying to figure out our lives.

And intertwined with those memories, are images of our friend’s parents and relatives sitting at round tables at receptions, sometimes joining in on the dance floor, and always taking time to greet us with hugs and “tell me what you’re up to now!” questions. In my mind, they were “the grown-ups at the wedding,” a role I was about to step into. And once I got past my initial “who me?” reaction to this new stage of my life I realized it was one I was quite looking forward to. I was ready to hold a fussy baby or toddler; ready share old family memories that all begin with some variation of “before you were born,” or “when you were little;” I was ready to be the cool aunt throwing down with the kids at the bar, yet also ready to say “oh thank you dear but we have to be on the road early,” at the appropriate time. I was ready to cry over the beautiful bride and beam at the handsome groom. I was ready to play my role.

But I know that when that happy day comes, I’ll be smiling fondly, thinking of circa 1990s-era bridesmaid dresses, of teased hair-dos and drunken dancing, and of being surrounded by the best people in my life, at a time when I could never have imagined someday being the grown-up at the wedding.

Katie Collins is a native Mainer who has called New Hampshire home for the past 30 years. A nonprofit development professional by trade, Katie also has over 25 years of experience in community and professional theater and in 2013 was awarded NH Theater Award for Lead Actress in a Drama or Comedy.  She is also a regular contributor to “Grown and Flown.”  She resides in quiet domesticity with her adorable wife, with occasional visits from her talented daughter, a college junior. Katie is a lover of musical theater, the original Star Trek, cheeseburgers, old Carol Burnett show reruns, and weekly lap swimming at the local YMCA. She tries very hard not to take herself too seriously. 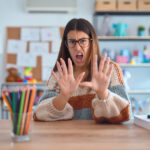 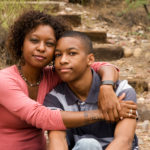 I Forgot My Kid’s Autistic