Editor’s note: Recently the demographic of our BluntMoms writers and readership was in the news for getting political. Both sides of the Trump debate are coming out of the mouths of middle aged women. We are political. We have a lot to gain or lose depending on who is in the White House, so ya, we won’t stop screaming in your face all you elected officials.

To be fair about diverse politics, we have asked two of our writers to take the positions of pro and anti Trump from the perspective of mothers and women. These pieces are two sides of the same coin. Let us remember that we are mothers first, and wading in to politics is exactly what we should be doing.

Author Number 1. My President Is Your President, Like It Or Not

I am the mother of three girls and a devoted wife to my husband of 18 years. I am educated and was on my way to a promising career in law before I made the conscious decision to stay at home to raise my children. I’m active in the PTA and involved in our family’s church, and my main hobby these days is quilting.

I am all of these things, and many more. I am also an avid Trump supporter.

My family lives in an area that’s more liberal than not, so I tend to keep my political opinions under wraps for the sake of keeping the peace (and also for the sake of not causing a rift between myself and the people my family interacts with). While I am deeply Christian, the political climate in our area leaves me feeling like some sort of heretic. I feel persecuted by the elites because of my beliefs.

And that makes me angry. I’m a strong woman who supports her family, yet people like me are vilified and labeled anti-feminist, nut jobs, homophobic, racist – and worse – in overheard conversations I refuse to take part in. All because we support Trump.

I have a real issue with the idea of feminism these days because it feels like if you don’t vote the exact same way or stand on the same side of issues, you’re against your fellow women. You’re the enemy. The truth is, women do need each other and we do need to stand together. If we don’t, who’s going to support our men?

I see some of these middle-aged women and mothers rising up against their “oppressors,” but they are defying nature. In my Christian faith, men are the heads of their households, the authority in all things, and women should always defer to them. It’s the way of life we are accustomed to and it’s what the bible advises. We take care of them and they take care of us. That’s how the duality of our genders is supposed to work, we each have our roles to play. If our man’s status is improved, our does in tandem, which is why our unrelenting support of them is crucial. The women who parade around wearing vagina hats, what are they really hoping to accomplish? And while they’re out there marching, who’s taking care of the kids and cooking dinner?

I stand aghast at the “middle aged hysterics” who have lost their faith in the men who are serving this country, and all of us as its citizens, by working in their respective political offices.

Trump is a common-sense kind of guy, when you get right down to it. A businessman who’s now in the business of making this country a better place for its citizens. What better way for all of us to grow our own wealth than by having a successful businessman at the helm? It takes money to make money – this is a fundamental rule of business. Corporate tax breaks, for example, will trickle down and benefit all of us, eventually. But that kind of change takes time. Rome wasn’t built in a day and the re-building of America won’t be, either.

The establishment as we knew it wasn’t working and those of us who voted for him saw that plain as day. Trump built his campaign on being anything but a politician and that’s what we responded to. Trump says what he’s thinking with little in the way of a filter, much to everyone’s vexation. I don’t personally get offended over every little thing like a lot of people seem to do, and maybe that’s why I can see past a lot of his behavior and look toward the future.

People love to jump on him about his tweets and stuff, but they forget he’s a regular guy – just like the rest of us. That whole “covfefe” thing, for instance, was just one more time the media jumped all over him. At this point, it’s like they’re just looking for more things to attack him for. Let me ask you this: How many times has autocorrect wrecked one of your own texts? Or your fingers mistakenly hit “enter” before you were done typing? “Covfefe” was a small, human error, yet the majority of the American public crucified Trump for being an idiot. For making the same sort of mistake that most of us, at one time or another, have also done. It was hypocrisy at its finest.

Trump is making  progress, which I realize is exactly what his opposition doesn’t want to hear. The economy is turning around. The stock market is improving. Unemployment rates are dropping. Our borders are becoming stronger. I don’t agree with separating children from their parents or putting anyone in “cages,” as the fake news media loves to report, but if our country doesn’t send a heavy-handed message, we’re going to be overrun with refugees from other countries when we don’t even have the infrastructure to take care of our own.

Trump isn’t here to be popular. He’s here to make America great again. And this middle-aged mom in suburban America prays – every day – that he will.

Author Number 2. Trump Versus the Volcano

Recently both CNN and the New York Times featured articles about the rise of middle aged mothers as political activists in the age of Trump. Is anyone surprised? Should anyone be? To be perfectly clear, no one believes that middle aged moms are a monolithic block of voters, but they are also not a group to be ignored. 57% of us disapprove of Trump, more than 40% percent “strongly” disapproving. Sadly, that leaves 43% who, unbelievably, approve.

However, the 57% of us who disapprove have decided that we have had ENOUGH.

Women in their 40’s, 50’s and 60’s have spent a long time and invested a lot of energy in raising our kids. And we raised them to be better, to do better. And now, looking around, we realize that we are sending them out into a country run by people who are not trying to do or be better….or for that matter even trying to be halfway decent human beings.

We have taught our kids that bullying is not ok, while we watch the President of the United States bullying and mocking women, minorities and disabled people.

We have dedicated years of our lives to instilling into our sons that women are equals and should be respected as such and we will not stand by, speechless, while the most powerful man in the world constantly reduces them to nothing more than the sum of their looks and calls them bimbos.

We have single-mindedly brought up our daughters to believe that they could be and do anything they want in this world and we will not keep quiet as they are “grabbed by the pussy” and the #metoo movement is treated like a joke.

We have protected and strengthened our LGBTQ kids and we will not give up now as this administration wants to not only allow discrimination against them, but enshrine it into law.

We have nurtured and cherished our children of color and we will never stand silent in the face of Nazis and white supremacy. Never.

We have fought for our disabled or chronically ill children and we will not hold back when it comes to an administration that wants to discontinue their services and make health insurance impossible to obtain.

We have spent years raising teenagers, so we know a liar when we hear one, and you, Donald J. Trump, are a liar.

So go ahead and make fun our hashtags and our silly hats and signs, but do not underestimate what they represent. We are protesting in the streets and running for public office and we are everywhere in between. If we lose next time, it won’t be because we mistakenly believe that the rest of the country sees what we see and is equally horrified by it. And it won’t be for lack of trying.

To paraphrase Japanese Admiral Yamamoto– I fear all you have done is to awaken a sleeping giant and filled her with a terrible resolve. 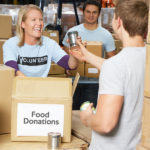 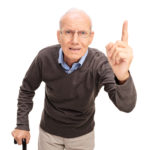