I had to leave the room today as we watched church on Zoom. We were in our pajamas still, sitting on the couch half asleep. Myself, my husband and my three kids.

Since my faith crisis, I’ve watched church every week. Thank you Covid for that one thing – allowing me space to watch church in the comfort of my own home invisible from prying eyes and able to feel my feelings alone.

This week it hit me out of nowhere though as I listened to the well prepared, sweet fluffy talk.

Nothing was said that was specifically triggering. Nothing about any of the truth claims of the Mormon Church. Joseph Smith’s name (a big trigger for me right now) wasn’t even mentioned.
It really was the most benign talk I’ve heard in a while, and I started to fall apart.
I got up to leave and went to my room and quietly sobbed into my pillow. My husband came in and found me. He asked what’s wrong and all I could muster between sobs was, “I feel like I’ve lost everything.”

It was all I could articulate in that moment.

As I listened to the talk, my overwhelming feeling was, “It’s not that easy.”

Whatever it was the speaker was saying didn’t matter. It was that she was seeing this happy fulfilling religion, a God she understood, and I wasn’t able to. Six months ago I probably would have given a talk just like hers.
Losing my faith has felt like a part of me has died.

But, it also feels like you’ve lost everything outside of yourself, too. Because my entire worldview has shifted. As much as I want to – I just can’t see things the same way ever again.

I think that’s why I felt so sad listening to her talk. I couldn’t relate anymore. Nothing about this is easy right now. I felt devastated by the fact that I have come to the realization that I could never see things the same way again.

I feel like I’ve not only lost my way, but I’ve lost my life as I knew it.
I’ve lost the ability to blindly follow.

I’m undoubtedly going to lose some friends. I will definitely lose some community.

But the hardest part is that I’ve lost me.

I’m no longer who I was. I’m not completely gone, but I’m not reborn yet either.
This purgatory like state of being in the in between feels like death. It’s incredibly lonely and there is most definitely extreme grief.

I want to be the person I was before all this, but I also don’t.

I’m not yet on the other side of this having done all the healing and growth that I need to do, because I’m still mourning what once was.

So, while it may seem overly dramatic to say it’s like a death occurs – I’d argue that it’s overly naive to say that to someone who is experiencing a faith crisis.

Now? The pain of losing all of that is so fresh I feel physical and mental anguish when I think about it. I’m grieving it all.

Having your own faith crisis? Feel free to email us at mymormonfaithcrisis@yahoo.com so we can share your story. 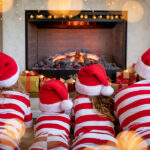 Can We Just Stop With the Dads in the Matching Pajamas? 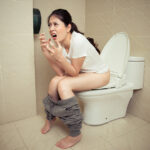 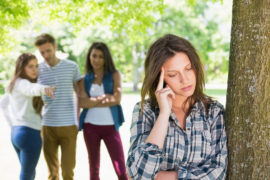 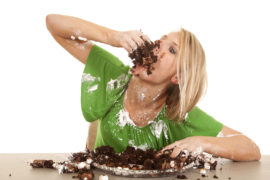