It is hard for a group of mothers to get away. Everyone has jobs, kids, and lots of personal things going on, so it took a while for us to finally nail down a date after I suggested a reunion to my college friends, but everyone got on board, and we made it happen.

At dinner, on our first night out, our most enthusiastic friend launched right into a toast. We asked her to wait and finish three glasses of wine first, but we got carried away, and it wasn’t until after the fourth glass that she re-ignited her tribute to each of us. She went around the horn, though not in order of where we were seated, and I began to realize I would be the last.

Upon making eye-contact with me, hers began to well.  She commended me, praised me, and glorified me. My journey with my four-year-old son, who was diagnosed with Leukemia a little over a year ago, she said, has been an inspiration to her, and as I looked around at my other friends’ faces and saw the tears in their eyes, too, I realized she spoke for the group in their united front of hope and faith that my son would be cured. I realized they were all there for me.

It has, indeed, been a hellish year for me as a mother. Watching my small son endure cancer has been heart-wrenching, frustrating and surreal–the surgeries, the needles, the procedures, the hair loss, the chemotherapy. The thing is, however, I feel OK right now. He is in remission and has responded positively to every treatment. It has been working and, for that, my family is blessed.

When I think of my son and what has happened, we are the lucky ones. I see, on a regular basis at our hospital, families who are in a much more difficult position; I think of them and say to myself, “It could always be worse. “ Until my recent girls weekend, however, it hadn’t fully occurred to me how many people were saying that same phrase about their own lives, with me in mind.

Though it is slightly deflating to realize your life sets the bar for people who want to feel better about whatever fecal-tornado they are currently weathering, it is simultaneously heartening. I am happy to think that my adversity has helped someone else feel stronger; it is a positive takeaway from something awful and, going beyond that, it is a realization of the strength of the human spirit and the ways we overcome.

In the midst of tough times we find a way to forge on and, if it has to be a comparison to the shitty-ness of someone else’s life, so be it. We’re all just doing whatever the hell it is we have to do to get through the day. In closing, if you’re thinking to yourself right now, “wow, having a child with cancer sounds like my worst nightmare,” know this: my son is doing well, I just went away for a whole weekend with some best friends, and I even bought four new house plants last week. My life could definitely be worse…and so could yours.

Caitlin Murray is a working mother of two children, parenting under unusual circumstances. To read more about her and her journey visit her blog at www.bigtimeadulting.blog 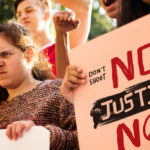 There’s Nothing Wrong With The Kids Today 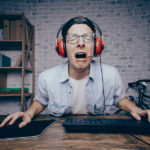 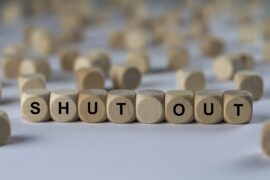