I am going to stand on the roof of my Granny Van with a bull horn screaming “Will you old farts just shut the hell up?”

Who is an old fart? Well my age and north for starters. I am not sure when people get so stuck in their ways, but it seems to get worse every year that they have a “6” or a “7” in front of their age. By the time it is an “8” or a “9”, they become sweet and tolerant again.

I am sure every generation that we humans have been on this earth, there has been some 70 year old man who said these words: “I worry for the future when all these youngsters are so crazy. Back in my day….”.

Ya, ok, Gronk, the young kids are starting a fire to roast the dinosaur they killed. When you were a young hunter you used to chase it and bite its leg for a piece of lunch. Times have changed, now go to your cave and shut up.

I don’t know why everybody always thinks the younger generation is somehow flawed and stupid, but that is human nature.

There is currently a whole lot of kvetching about Millenials by those of us who hire them, raise them or try to sell them stuff. We simply don’t get these creatures. So rather than learning what matters to them, or why they are so very different from people 30 years older than them, we sit around hating their man buns and judging their work ethic. Old farts like to keep things the way they understand it, and until they are dead, nothing should change.

Newsflash for the generation with its feet in cement, it isn’t the Millenials who are going to wreck your shit you old assholes. The ones that are currently under your radar are the next crop of fresh humans. They are the ones you should fear more. Born in the early 2000’s – they are the Centennials. And as a generation, they field some pretty amazing players. Malala Yousafzai comes to mind.

In the United States, these Centennial kids were around the age of ten when little kids were shot in in their Kindergarten classes at Sandy Hook. They have grown up in a time when shooter drills are the norm. It doesn’t compare emotionally to anything I can think of, other than maybe bomb drills in Europe during world war two. But somehow it is worse. There are no air raid sirens when the bad guys are coming for you, just the popping sound of rapid gun fire taking the lives of your friends and teachers. It is so much worse.

There is one light in all of this darkness and sorrow. It is the survivors of the shooting at Parkland school in Florida. These fierce and very angry young people are turning their grief and heartache into action. Eloquent teens are speaking so brilliantly on every news network that will put a microphone in their faces. One girl, Emma Gonzales speaks more directly and logically than almost anybody in the NRA pocket of politicians. Her talk called B.S. to all of them. She isn’t the only one.

Some of these kids don’t even have a driver’s license yet, nor can they vote, and yet they are very quickly changing the national dialogue on gun control. Somebody killed and hurt their friends, and they know damned well who is responsible for it. They don’t need big money donors to run a viral campaign, every one of them will use Instagram, snap chat and twitter to wreck politicians who are on the wrong side of this issue. And you know what? The world is listening to them.

I think we should hand over the reins to them because these kids are having none of it when the political elite lie and weasel about gun control. This outspoken group of heroes want safety, honesty, fairness and above all, they want their friends back. They want to see what happened in their community be the last school shooting, not just one of many more in 2018.

I for one am happy to do my part and lift these young people up, help them direct their energy, fund their work and admire their brilliance. They aren’t just those crazy youngsters who dye their hair blue, they are the future. Get used to them all you old farts… They are coming for you. 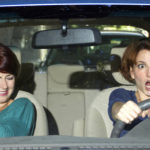 Week 7 of Turning 50 Like a Boss: Teaching a Teenager How to Drive 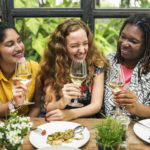 When Your Village Shows Up 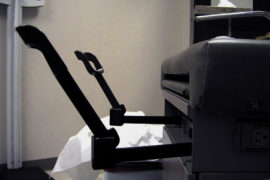 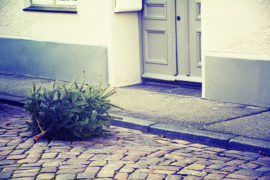 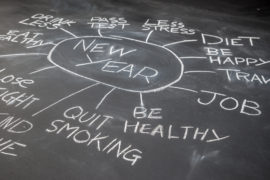