The words hang in the air in the meeting room at my office. My 20-something colleague bites her lip as she waits to see my reaction. My brain isn’t working fast enough to generate one.

“It gets worse. You won’t believe who the father is.”

I can’t imagine a worse. She’s a very cute girl, but she never talks about her personal life. I have no idea who the father could be.

“Bill here at work, Bill. We were dating, for just little while. We kept it all a secret because we didn’t want it to get around the office, especially since it wasn’t ever that serious.”

The whole sordid tale comes out, a romance born out of convenience and eventually ended when the convenience became too inconvenient. Too much to hide, too many concerns, it was easier to walk away. Thanks to a round of antibiotics and a missed pill, they suddenly find their personal lives thrown back together.

“What are you going to do? What does he want to do?”

“I have no idea. He’s said he’ll support me no matter what I choose. He doesn’t want to foist a choice upon me, so he’s giving me some space to figure it out. I’ve never been so lost and confused in my life.”

I find myself thrust into the middle of the story. One of the few people who knows them both, certainly the only one without any emotional attachment. I’m the office manager, the one they’ve come to time and again for career advice. It seems almost natural that I end up stepping in to play advisor here as well.

To me, the solution seems simple – end the pregnancy and let the two continue on their separate ways. There will be pain and suffering, but their lives as they know them right now won’t end. They’re both pro-choice, neither showing any signs of a religious affiliation.

“I had a medical problem….if left some scarring. The doctor told me I’d probably have trouble getting pregnant. What if this is it, my one shot? What if something goes wrong and I can’t get pregnant again?”

I talk them through the realities of parenthood. The financial costs, the emotional costs. I explain that like it or not, as family-minded people, their lives will be forever intertwined.

Bill nods stoically throughout. “I’ll be here. I’ll support you. Whatever you want to do. It’s not fair of me to put my choice on you – to even hint at what I really want.” He says all of the “right” things that society wants him to say.

Watching all of this go down, I can’t help but wonder whether Bill is wrong. As a long-time advocate for women’s rights, I suddenly find myself looking at things from this man’s perspective. A nice guy who got terribly unlucky, and who will pay for it for the rest of his life. Shouldn’t he have a vote in how it ends up?

Where is his right to choose? Should there be a time and space when his opinion comes into play? At the end of the day, when this particular woman made the choice to keep the baby, it wasn’t based on anything to do with him. Her body, her health, her fears, her vision of what her future should look like.

In the fight for gender equality and control over our own bodies, I’m suddenly reminded that someone else is involved. He has no choice but to stay, society will paint him as a deadbeat dad, a dad who refused to step up and acknowledge his obligation should he choose to walk away.

And so he stays. His life turns upside down overnight. Because he has done the “right thing”.

To me, what’s always been right suddenly seems really wrong. Maybe he should have a real choice to walk away. 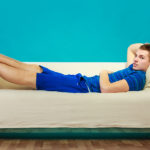 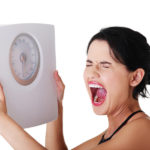 I am 15 Pounds From Happy