However, I did manage to scare the shit out of some kids in the most terrible and accidental way.

Quite early the morning of Halloween, well before trick or treating would begin, I inadvertently became the neighbourhood version of Pennywise.

After my fourth cup of coffee I figured I should load my saggy old frame into the shower. It was time to do something about my matted hair, two day old makeup and the sweat that even industrial deodorant couldn’t deal with anymore.

The personal grooming it takes to get myself acceptably fit for public consumption has become a complicated and lengthy process. To be honest, sometimes I just stay home so I don’t have to check for new chin hairs and put on a bra. It’s just easier.

But today would be different. I didn’t want to hand out candy smelling like Oscar’s garbage can, so I decided to make an effort.

Freshly out of the shower, I put on my antique fuzzy robe. It has more holes in it than actual stable fabric, but even in its 80’s black and red glory, I am just too lazy to buy a new one. Besides, it soaks up whatever water I have retained in between my fat rolls and under my massive boobs. (Not the good kind, I have the ones that look more like I am holding up watermelons with my waistband)

I proceed to bravely attempt my beauty ritual, elaborate and fruitless as it is. I smear on an anti wrinkle mask that smells like guacamole scooped out of an old running shoe, and is the colour of chicken shit. As I wait for it to dry and crack on my face, I blow dry my hair upside down. My relatively short cut needs some volume before I tame it back down with hot metal torture devices and product.

Standing bent over, blow drying my hair, my robe falls open. I realize I only shaved one leg and forgot entirely to do any other grooming. As my hairdryer screamed heat into my hair and ears, I felt it come on….the menopausal fucking hot flash of the hour.

Bad timing to be cracking a full body sweat which would undo the shower, and melt the all-natural crappy mud bog mask off my face. I stood up fast, and as I turned off the blow dryer, I got dizzy. Melting mud mask was running down my face and pooling under my boobs.

The structural integrity of my robe is questionable on the best of days, but it’s all I had, and I needed to get the hell out for air.

As I sprinted to the door to get out of the bathroom, I caught a glance of myself in the mirror. I looked like a melting wax figure from the museum of old fat people. My hair was standing straight up like I had a power bolt stuck up my ass. Shit.

I made a split second decision. We live on a quiet street, the patio at the front of the house has no privacy, but it was the closest door I could get to. My face continued melting, my hair frantically reached for the sky, and my robe was just about to disintegrate, but I was on fire. Hot flashes are crazy making and sometimes result in bad decisions.

I flew out into the morning air. Breathing and fanning myself with a cereal box I grabbed on the way out.

And of course… there they were. Two young Moms with a gaggle of young kids and babies in strollers just walking by without a care in the world. The kids were sporting their cute expensive little costumes. They live on our street, but I don’t know the the moms because I am old and they are smug and joyful because nothing on them sags yet.

One of their small and loud children spotted me. He stopped dead, bringing the whole toddler convoy to a halt. They all turned to look at what was causing his look of alarm. They stared, I gaped, but had nowhere to go. A small drop of green sweat dripped off the end of my nose, and the last of my dignity went with it.

The smallest child started to wail and hid her face in her mother’s crotch, and the older one who spotted my first yelled:

The young mothers with their fancy strollers with cup holders and yoga stretch bars put down their chai lattes to tend to their alarmed children. One of them held her offspring and said “Don’t worry sweetie, it is just a costume.”

I stumped back into the house, poured myself a 10am wine and grizzled.

Costume my ass honey, all this is coming your way too, and menopause is a Halloween beast that lasts all….fricken… year… long. 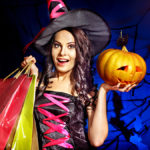 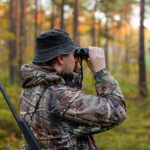 Tale of a Hunter’s Wife: Free Meat My Ass 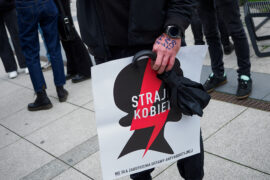 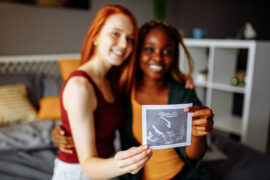 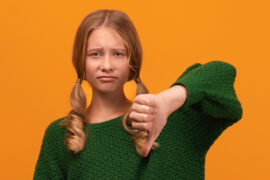