We sent text messages that were ignored. We waved enthusiastically through the car window only to be met with a cold stare. We saw them in the street, but when they saw us, they ran back inside their home. My husband was on a bike ride and saw him out on a walk, but when he stopped to chat, he was ignored.

Our neighbors ghosted us after more than three years of friendship, which sent me on a quest to find out more about this more recent practice of discarding relationships by cutting off all communication without explanation.

Ghosting could not be more aptly named. The agreed upon definition of ghosting is unilaterally ceasing all communication, whether temporarily or permanently, with someone you maintained a relationship with. It is a way to break up a relationship where all contact is cut off and attempts to communicate with the ghoster are ignored.

Like a ghost, this relationship you once had is dead. Not only is the relationship dead, but often the person who has been ghosted is left wondering if that person who ghosted them is hurt or dead. Perhaps it is our ego that wants us to think that our ghoster must be dead. Like the ghosts we see in movies that appear as frightening figures who still exist in spirit but not in physical earthly form, the victims of ghosting are haunted and tormented all hours of the day about why someone would cut off contact with them in such a callous way.

The first text to our neighbors was a public service announcement about a recent break in in our neighborhood. I know they don’t talk to a lot of people in the hood and wanted to make sure they were informed in case they wanted to take security measures. Text silence. After that, we were consistently met with cold stares and refusal to acknowledge us in public.

It took a few weeks, but finally we realized that we were being ghosted. But what did we do that was so egregious? We had always been kind to them. We welcomed them into our home for dinners. Invited them to impromptu cocktail hour on the front porch and attended movies with them.

To do something so extreme as to ghost friends who live on the same street seemed unbelievable and untenable. It was cruel and cowardly. What does it say about our culture when a couple in their 50s decide to end a friendship by way of ghosting? Is this a product of technology and the loss of interpersonal connection? Perhaps it is the unfortunate outcome of hours spent each day communicating with people via phones and computers that makes us forget how to properly communicate problems face to face.

The act of ghosting is studied and has real psychological effects. On the Psychology Today website, Jennice Vilhauer claimed that ghosting can have a serious impact on a person’s mental health. She said that “ghosting is the ultimate use of the silent treatment, a tactic that has often been viewed by mental health professionals as a form of emotional cruelty. It essentially renders you powerless and leaves you with no opportunity to ask questions or be provided with information that would help you emotionally process the experience. It silences you and prevents you from expressing your emotions and being heard, which is important for maintaining your self-esteem.

Being ghosted by our neighbors left us feeling sad, vulnerable, insecure, and angry. It left us obsessing over what we did wrong to elicit such extreme behavior. It left us questioning who we are as friends. Maybe we are terrible friends. Worse yet, maybe we are terrible people. Naturally, after being ghosted, we had a feeling of insecurity that another “friend” would ghost us in the future. The ending of a relationship with no explanation or closure leaves the ghosted to feel that they must have never been very important to that person.

I brought this ghosting experience up to my therapist to garner her professional opinion and she explained that when people are feeling shame or other deeply painful emotions, they typical respond in one or more of three patterns: moving towards, moving against, or moving away. Ghosting someone falls into the “moving away” category, which is avoidance, hiding and hoping not to be noticed or seen. When people ghost, it is often because they lack the capacity or skills to directly address whatever their concerns are.

Remembering not to take ghosting personally is important. It says nothing about you or your worthiness for love and everything about the person doing the ghosting. It shows he or she doesn’t have the courage to deal with the discomfort of their emotions or yours, and they either don’t understand the impact of their behavior or they don’t care.

In a very satisfactory ending, this ghosting story does have a conclusion. My husband saw our neighbor who ghosted us washing his car one day, so he walked over to get some answers. In an outcome that was not a surprise, the entire ghosting incident was based on lies and misunderstandings. Our neighbors had received false information about a situation that happened between our kids at school. Apparently, they were very disgruntled about what they thought we did, even though we didn’t do it.

And that is why instead of ghosting someone, you should try a better method of resolving the issues you have (or think you have) with people. My husband and I are the lucky ones because our ghosters live in our neighborhood and we see all the time, which made it easy to confront them. For those who have been ghosted and don’t have closure, your pain comes in the form of unanswered questions. Please trust that you are exceedingly better off without them. Feel fortunate that now you know your ex-friend or lover’s true colors, and they aren’t pretty.

About the author: Megan Woolsey is a writer living in San Diego, California, with her husband, triplets, and their big sister. Megan has been published in Fodor’s, Huffington Post, Scary Mommy, Cosmopolitan, Good Housekeeping, BLUNTmoms, and Bonbon Break. She has co-written two anthologies, Multiples Illuminated, and is an essayist in two anthologies. When Megan isn’t busy writing and rearing a litter of children, she loves going to the beach, hiking, and a nice bottle of champagne. 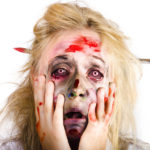 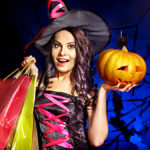