In the past few weeks, Wednesday Martin has been all over New York media, talking about her experiences whilst “going native” with the women of Upper East Side Manhattan. She’s promoting her new book, you see, about the very same topic, and she’d have the world believe that she was approaching it from an anthropological perspective.

Maybe that’s the case, although I have to question her motives. When I read about her feeling compelled to buy her way in to the Upper East Side moms clique by spending thousands upon thousands of dollars on things like purses, gym memberships and weekly salon visits, it all rings a little bit false. It becomes even more suspect when, after moving to the Upper West side, Martin admits that she misses the skinny, conservative, dressed to the nines lifestyle of the Upper East side. Seems pretty scientific to me.

All of this aside, I am left wondering about the women profiled in these articles. I don’t know many of the sordid details surrounding these women’s lives, but the impression I’m left with leaves me feeling rather ill.

What I see are ambitious women who have spent the early part of their lives trying to get somewhere. Women with undergraduate and graduate degrees that could be using their intelligence, money, and status to help empower other women in the world.

I wonder how many micro loans could be funded for the cost of one Hermès Birken bag?

These days, I’m trying really hard to feel compassion. Everyone has a story, and we never know for sure what has led a person to where they are in the moment you see them behaving a certain way. So I do want to feel compassion for these women. I’m sure they feel inadequate and afraid, and not pretty enough, or young enough, or relevant enough for them to be spending so much money and time and effort on achieving perfection in both their bodies and their children’s upbringing.

But what I really feel is sick to my stomach.

I feel disgusted that these women, who had the potential to change the lives of other women around the world, became victims of their own lives. These women, who are intelligent and highly educated, who are married to powerful men and could be powerful themselves, instead spend their money on creating the perfect future for little Aidan or Madison, all while looking like a movie star.

Ladies, are you giving your little Harpers and Madisons a head start on their educations so that they can be just like you when they grow up?

Reading about the intense anxiety and fears these women are experiencing about losing their husbands because they aren’t pretty enough? Bitches, please. There are women on the other side of the globe who are up late at night because they don’t know how they will feed their children. Hell, there are women like this in your very city. And you are paying $4000 a year on a gym membership?

Maybe I’m being silly, expecting more from these women. Maybe intelligence and compassion for those in harder circumstances than yourself are inversely proportionate to the amount of money in your bank account. Maybe this is just a tiny facet of a much, much larger problem.

I’m willing to admit that.

But I’m not willing to let these women off the hook.

Ladies, are you feeling trapped in your own bubble of existence? Now that the light has shone on your sad, over-the-top lives, do you wish there was… more? Perhaps it’s time to think beyond your own little darlings and their $50,000 preschool tuition. Use those noggins of yours. Make. An. Impact.

Do you honestly think that in 35 years, you’re going to wish you had gotten extra Botox treatments? Or that those visits with the Occupational Therapist your two-year-old son had will have made the difference between him getting into an Ivy League school and a community college?

So stop the insanity. Change the dialogue. Change lives. Be role models. Use that money to help women who will benefit from it the most. I bet you’ll care just a little bit less whose hair looks better when you’re dropping the kids off at school on Monday.

Glynis Ratcliffe is a singer and writer by trade and a creative soul by birth. Together with her husband, they negotiate parenting a teenager, a threenager and a sweet baby who doesn’t know how the hell he ended up in this mess. Hilarity ensues. So do the meltdowns. Glynis’ writing can be found on The Huffington Post, Scary Mommy, The Mid, and xoJane. You can find her blog, The Joy of Cooking (for Little Assholes) at http://littleassholes.com.
0
Author BLUNTmoms 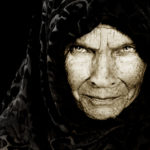 the Virgin, the Mother, and the Crone. 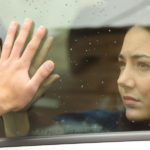 I Just Wanted Her Love