I drive a beige minivan and have an impressive collection of equally beige granny panties. Sexy, right?

My marriage is like a bowl of caramel pudding: sweet, predictable, a little boring. If my marriage were an ice cream, it would be vanilla – no sprinkles . We’re not a kinky couple. Neither of us had a long list of sexual partners before we met. I think hipsters might refer to that as “low body count.” I’m not a hipster and I’m happy with my vanilla beige life. We have regular, satisfying but unexciting married sex . I’m okay with that.

But last month, I had to tell my husband I have herpes.

Menopause has brought all sorts of gross into my life. Everyone knows about hot flashes and hormones but there’s other stuff: zits galore, boob hair and vaginal infections. The further I go down this menopausal path, the more I found myself getting infections down there. My vaginal climate had changed, explained my gyno, making things more “hospitable to bacteria.” I’m all for hospitality but I thought that was fucked up.

The infections were annoying and uncomfortable but they didn’t really get in the way of life until one particularly painful one that didn’t respond to the usual remedy prompted me to get checked.

“I’m just going to swab this area for herpes,” announced my doctor from her perch near my lady bits, waving a giant Q-tip.

I shot back a sarcastic remark about bullshit tests, you know…proactive yet unnecessary labs our insurance company would happily pay for. I said she was wasting her time but to swab away since she was already down there. I wasn’t worried about the insurance deductible. If she wanted to rule out herpes, fine by me. On that day, I’d have bet everything in my bank account that I did not have herpes.

A week later, I was back on the exam table watching her speak the words “you have herpes.” I didn’t hear the words but rather felt them and saw them as cold numbness spread through my body. My reaction was disbelief, then panic.

My husband and I have been together for nine years. I’ve never cheated or even been tempted. I’ve never had a sliver of doubt that my marriage wasn’t deeply rooted in fidelity. Herpes? Now? This didn’t make sense. Logic and order are important elements of my makeup. This wasn’t logical.

I remember every detail about this moment as my scrambled brain tried make this make sense. Phrases like “that’s impossible” and “this is some kind of mistake” tumbled from my mouth.

The doctor handed over the Kleenex box and launched in to a clinical explanation of herpes. I heard about every third word. I know herpes isn’t exactly rare. Stats say one in five people carry some form of the virus. It’s not deadly and while not curable, it’s manageable.

If someone had told me I had herpes 15 years ago, it wouldn’t have surprised me as much. It still would have sucked but honestly, there are times I can (dimly) recall taking unnecessary risks. I never had a high “body count” but my mind shot back to that guy I slept with on vacation when I was 28. I can’t remember his name now.

I tried to remember every time I’d thought “maybe we should use protection” with the ex I’ve long since lost touch with. My spinning brain struggled to recall each sexual encounter from my distant past as I listened to the doctor spit out words like “outbreak” and “Valtrex.”

She explained herpes can lie dormant and be asymptomatic until triggered by stress or some other elusive factor. She said I might never have another outbreak or that I might get them monthly. As my mind raced to figure out how and when, she gently told me herpes was blameless and that my husband or I had probably had it for quite some time and just not known.

Was it me? Was it him? It’s natural to want to blame, right? If we can point to how or when, then things make sense. This didn’t and my mind struggled to process most of what she was telling me. I tried not to lose my shit but it was close. I held back only by crushing the Kleenex box in my hands.

I had options: to take medication whenever I felt an outbreak coming on or take it daily with the hope of preventing outbreaks altogether. I don’t like taking pills but I no longer trusted my own body because…how long had I had herpes and not known? I like to be in control, perhaps too much. I didn’t feel in control here.

I left armed with a prescription and a pile of literature. I felt an overwhelming, illogical urge to throw everything in the trash; pretend this wasn’t happening and run.

I was afraid to tell my husband. I was equal parts afraid to be accused of cheating or learn he had, even though logic assured me otherwise. I thought of not saying anything. I envisioned stashing my pills in the inner pocket of my handbag, making excuses to avoid sex.

After driving around for an hour, I went home. I thought I’d give this a chance to sink in and talk to my husband about it when I felt more collected. I walked in the door, took one look at him and became completely unhinged. Naturally, he thought I’d had a car wreck or someone had died and went outside to inspect the van for dents while I sat on the couch blubbering and shredding Kleenex. Finally, I just came out with it.

I told my husband I have herpes.

Although the news was surprising and unwelcome, he approached it in the same calm, analytical way he tackles decisions such as what lawnmower to buy. He’s read all of the literature I didn’t want to read. He asked calm, intelligent questions I hadn’t thought of. He got tested without a murmur, and if you’re wondering who to point the finger at, it’s me and some long-forgotten someone from my past. If there’s someone to call, I can’t remember his name.

My husband didn’t point fingers. He’s been incredibly kind and accepting. I know I’m lucky and it would be almost cliché to point that out. Sex for the first time post-diagnosis was tentative for me. I put it off as long as possible, even though my husband gave me every reassurance he could. We’ve gotten back into our normal, vanilla groove in the bedroom and things are good…better than good, although I wonder when the thought of “is this going to be the time I give it to him” going to stop crossing my mind as we finish. Maybe I won’t ever stop wondering. Maybe I’ll always be paranoid, obsessively checking my body for signs of an outbreak on the days when I think my husband has sex on the brain.

While it sucks to have herpes, it’s not a death sentence. If you ever have to deliver this kind of news to a partner, don’t do what I did and treat it like the end of the world. Don’t be nonchalant about it. Don’t wait until your panties are off before you reveal this little tidbit but don’t frame something that impacts roughly 40 percent of the population as doom and gloom . There are many things more tragic that herpes: Cancer. HIV. A hurricane that destroys your home. A loved one with advanced Alzheimer’s not remembering your name. All of those things are worse than Herpes.

I told my husband I have herpes, and, for the most part, life is just the same as before. Vanilla beige. I’m okay with that. 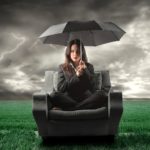 The Joke That Is “Me Time.” 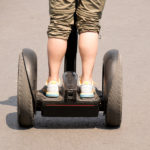 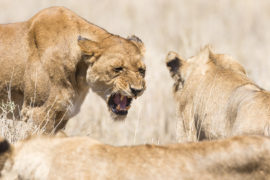 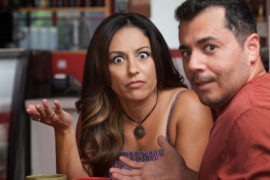 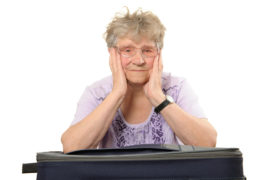 My In-laws Are Crazier Than Yours