We lived in Melbourne for three years. We had a flat in South Melbourne, walking distance to the Botanical Gardens. We spent many weekends in the gardens, but what we didn’t visit on site was the war memorial, The Shrine of Remembrance. It was across the street from us, so there always seemed to be time. I finally made time the day before we were moving back to Canada and was so glad I had made it there because I would have been mad at myself for not putting in the effort.

I don’t think it is just me that sees the items close to home as so easy to access that you don’t bother exploring. There always seems to be time. Getting to work, meeting a friend for coffee, or heading to the shops all take up room in your head as you walk by people and places that, if you only took a moment, might make your day or make theirs.

I repeated the pattern in Toronto because I’m apparently a quick study. We lived downtown for a month in a temporary apartment. We walked the streets we had never walked before on our way to dinner, the pub, or shopping at the end of the road. I think I walked that street one hundred times that month and I never noticed there was a home cleanly cut in half along our route. I only just discovered my Toronto Shrine of Remembrance when I was researching online for obscure Toronto landmarks and saw one was on St Patrick Street along our previous daily walk.

It is not hard to take notice of things. I walk our neighbourhood with the dog and discover beautiful crown mouldings, roofs that need repair, new cars in driveways, and it keeps me interested in walking and off my phone. Could it be easier to notice because there is no destination in particular? If I am walking toward the subway or the stores, do I not take notice based on my end goal? I’ll have to ponder that.

I have attempted to slow down and appreciate my world this year. I am likely trying too hard and speeding it up in the process, but that is part of catching up on lost opportunities. Seeing the damn building cut in half right in front of me and stopping, just for a moment, to wonder what the story really is, is what the year is about.

I challenge us all to notice. Notice the number of times we stop ourselves from saying yes because it is somehow inconvenient, painful, or something is on television has numbed us sufficiently. Sometimes we don’t notice because it will be hard. It is hard to ask a friend about their grieving, it is hard to ask a stranger how you can help. It is hard when you are headed somewhere and have a time in mind not to think that thirty seconds wondering why that building is cut in half won’t somehow improve your day and the thirty seconds won’t matter.

It will improve your day. The time doesn’t matter.

I frustrated my family one day when I was exceptionally late to something or other that I don’t recall. I did not answer my phone either because I was being present in a moment that captured me and will be a tale I have to share. I put high value and importance on stories.

I was one block from home at a four-way stop. An older lady was having difficulty crossing the street with a cane. She was slow, and I was patient, but the honking cars behind me added pressure to her saunter, and I watched her nerves build. When she had crossed, instead of passing, I waved the other vehicles past me as they were apparently in a hurry. I got out and asked if I could give her a ride somewhere. She gratefully accepted, and I got the pleasure of her story on the way.

She was on her way to get fish and chips which is six large city blocks away. She was her husband’s only caregiver with no children, and she needed time away and food she couldn’t cook herself. She had travelled extensively in her life and found joy in exploring the world but had found herself alone with a husband who didn’t know she was there and the world was closing in on her. We sat in my car at her destination for a long time just chatting. Maybe too long because I was ignoring my phone buzzing incessantly and she had a faint odour of urine masked with what I might lovingly term old-lady perfume.

Having a conversation with a stranger was enough to give my new friend the get-up-and-go to walk home, and she refused the lift back. I returned to my regular life obligations a little lighter too. My friends often wonder why ‘strange things’ always seem to happen to me. I never really thought of my daily adventures as strange, but they might be considered unusual for others. But a wise writer told me that writers have extraordinary occurrences in their life because they are collectors of stories. The world wants those stories to be shared, so the universe provides. I love that idea.

My family forgave me for my late arrival and enjoyed the new story. The delay didn’t matter. The moment did.

My Turning 50 Like a Boss Pro Tip: Take notice. 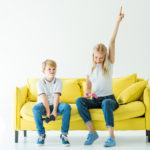 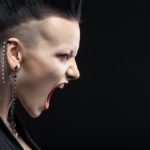 We Will Not Remain Silent