I’m on a countdown. The big day is arriving soon and, to be honest, I’m losing my shit. I’ve been married before (it was a grand Italian affair), but this time we’ve chosen to have a low-key, non-religious, non-traditional ceremony, so there should be no reason for me to feel these pre-emptive jitters. But I do. And they’re strong. Seriously strong. I’ve just finished a phone call with the man I am to marry, during which I cried repeatedly and he helped calm and placate my fears about the years ahead. What the hell has happened to me? Who is this whimpering, fragile character?

Of course, this has much to do with the marriage breakdown I’ve already lived through, and the ensuing divorce proceedings (no fun for anyone), but I think it’s also more than that. It’s about entering this state of matrimony with my eyes wide open, and not wanting to repeat the mistakes of my youth.

When I married at 25, I was naïve, idealistic and hopeful. I imagined somehow that we’d be strong enough to get through anything; that the slight bumps in the foundation of our relationship would be smoothed over as the years rolled by; we’d learn contentment in one another’s company. Of course, I was wrong – it all ended badly. But I don’t think my current woes are the symptom of my ex’s infidelity and our ultimate divorce: I think the issues lie within me.

You see, I’m grown now. I am a grown woman, with two lovely daughters (fathered by none other than the man I am about to marry), a career and a good understanding of who I am. So why is my second wedding throwing me into chaos, rendering me a crying, pathetic heap on the phone to my partner? It’s precisely because I don’t want to repeat the same mistakes that I’m feeling a little overwhelmed. I seem to have lost my perspective.

A fall out at the weekend, over him sulking about not seeing me enough (you know how all the social events of the year manage to land on just one weekend?) has resulted in me delving deep and asking (probably) unnecessary questions. Instead of chalking it up to the usual – he’s feeling pissed that we didn’t get a chance to connect and there was no time at all for sex, I’m suddenly questioning our core relationship. Recently, when he ignored my question about the location of the car keys in front of the soon-to-be-in-laws, instead of giving him an icy glare and demanding he shows me respect at all times, I’ve managed to sink myself to a dark place in which I’m imagining he will grow to become a condescending, uncaring husband. That divorce number 2 will be on the horizon.

But that’s not the case. My man is the first to admit he can act a bit of a dick at times, but then, so can I. It doesn’t mean I’m tying myself to someone who doesn’t respect me for the rest of my life. He was annoyed by my repetitive questions; I was annoyed at his dismissal of me. Shit happens. What I do need to remember is that we are great communicators. We function as a team. We’ve braced ourselves through those hard years of early parenting and have come out the other side. We made it through when our second daughter needed a serious operation and a whole lot of intensive aftercare, whilst undergoing building work on our home. Those were stressful times, genuinely stressful. And we made it through. We’ve wrestled our way through the wilderness years, when the thought of sex was laughable, let alone romance and candles. We were busy, stressed, over-worked and painfully tired, but we made it through. There were bumps (or more realistically bus-sized craters) along the way, but we found ourselves, found each other and kept our relationship afloat.

So that’s why I need to cut myself (and him) some slack. It’s ok that we bicker sometimes. It’s ok that we’re not always at our best and the fuses become short. I don’t have to question every single aspect of our relationship before I marry him. I already did that before I chose to have a child with him. I weighed up the pros and cons, focused on who we were and what we were most likely to become. And the answers pleased me. Hell, I even went on to have another child with him!

I am grown, I’m not the same naïve girl I was when I first married, and the relationship I have now is certainly not the one I began all those years ago with my ex. We’re a unit, and he wants to marry me. So it’s time I sit back and enjoy the ride. After all, if I can’t get drunk and cause a scene on my second wedding, when the hell can I?

Jen Thornton lives in London with her partner and 2 daughters. Since running away from teaching, you can mostly find her pretending to seek inspiration in independent coffee shops or designing madcap ways of making money to ensure she never has to do another honest day’s work in her life. 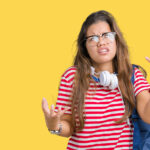 48 Hours of Travel Hell – Thanks Trump 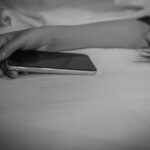 The Call I Won’t be Making This Year