Cognitive dissonance is intimidating. It’s that icky feeling when we encounter an opinion that doesn’t fit our world view.  Someone doesn’t agree and it’s stressful. Sometimes that stress can create a troll, much like heat and pressure forms a diamond. Trolls are worthless gemstones.

As a writer, I deal with trolls a lot. I get a lot of flack on Twitter. “Don’t you have anything better to do? Get a hobby!” is usually what they say. I feel like the Twitter tourism bureau. “Hey, just so you know, this website is a collection of microblogs. You found mine. I’m using it for its intended purpose. You sought mine out to complain I have a different opinion. So let’s recap which one of us has a hobby and which one of us needs one. Maybe macramé? I don’t know. Follow your dreams.”

I suck at macramé, so I write essays. I’m following my dreams. I just don’t understand why me having another opinion is so threatening. I mean, yes, people read my stuff and share it. My mom thinks I’m special. But my opinion about celebrity, policy or law is not news. NOT NEWS. It’s BARELY gossip. My cats aren’t even that interested and I’m the bringer of the food. If the existence of a soccer mom with a laptop and an opposing viewpoint shakes you so vigorously that you lash out with something as extreme as a criminal threat, you need to re-evaluate your life.

The bottom line is, it’s your life. It’s just my opinion and more often than not, it isn’t about you. It’s about how I feel. I’m the queen of “I understand it might not make sense, but I ask that you respect me as a person.” It’s not required reading, as my brilliant friend Tara Wood says. Unfollow, hide all posts, unlike, turn off your computer, take a walk. Figure out that macramé shit.  I’m not forcing anyone to read or agree. People disagree all the time. I am entitled to my opinion. They are entitled to theirs. If the opinion is I’m stupid and need a better haircut, that’s just fine and dandy, but it doesn’t normally address the things I’m talking about.

I recognize I get heat because of the things I discuss. When you say “Rape culture sucks”, unfortunately the response you are going to get is “Stop saying that or we will rape you”. The thing is, being offended by someone’s opinion isn’t a get out of jail free card for critical thinking. It doesn’t take a lot of time to realize that answering criticism of rape culture with a rape threat only lends credibility to the argument. I don’t believe because something is inevitable that it is also acceptable. When the cost of expressing an opinion is threats of sexual violence, I refuse to accept feminism is unnecessary.

Maybe trolls aren’t worthless after all. The product of inappropriately processed cognitive dissonance reinforced a mandate and made for some pretty good fuel. And you know as a feminist, I’m always looking for something incendiary for lighting my bra aflame. I’m the diamond that came out of this heat and pressure. 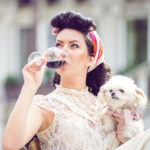 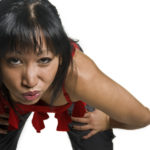