Unless you’ve been living under a rock for the last couple of weeks, you’ve heard about the SNAP Challenge. The idea of the challenge is that a middle-class or well-to-do family tries to live off the food budget of a family on food stamps.

This month the SNAP Challenge became the charitable act du jour for the rich set and ever since then it has been all over the media and clogging up my Facebook feed. I can’t see how it has made a damn bit of difference and here is why:

Can’t we all just stop already with the SNAP challenge? Can we agree that SNAP living really, really sucks and move on to doing something about it? Why don’t we all dig deep into our Michael Kors pocketbooks and give just a little tiny bit of our upper middle class savings to someone who desperately needs it? Instead of living off rice and beans for a week, why don’t we decide to pay just a little bit more for our household items so that everyone can earn a living wage?

Let’s stop writing posts about #celebrityfails and write some letters to our Congressmen and Senators instead. Go and volunteer at your food bank or hold a canned food drive or do something, anything to help make that $29 stretch further.

Food poverty is real and terrible. It is appalling that it exists in a country as entitled as the US. The only way it is going to change is if we stop waiting for legislation and laws to make us do something about it.

If you’d like to make a tangible difference in the lives of those struggling to feed their families using food stamps, don’t do the SNAP challenge. Go make a donation to Feeding America. Write a letter to your government representatives to let them know you (and your votes) care about this matter. Most importantly, don’t starve yourself for a week and think that makes any real difference. It isn’t our lives we need to change, it is theirs. 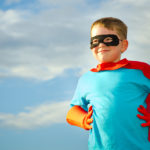 I Want My Little Boys To Be Like Bruce Jenner 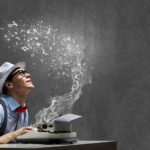